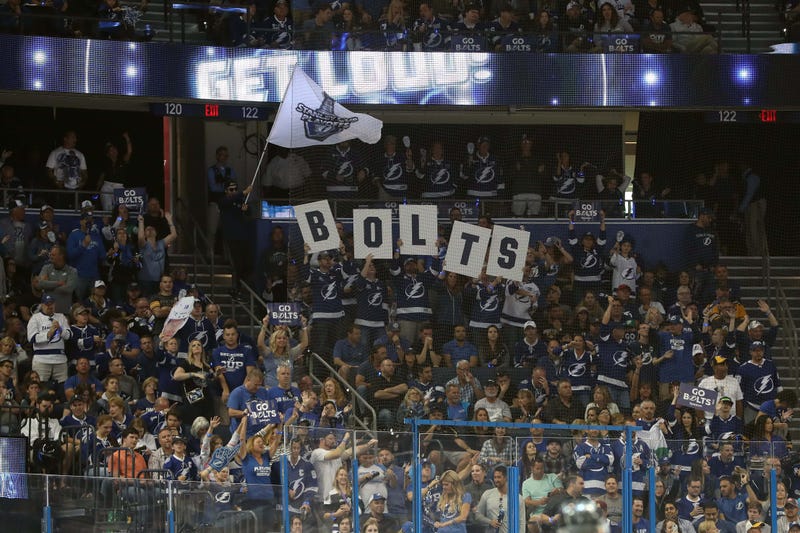 If Chris Baker felt any lingering animosity towards Tampa for the way things played out with the Buccaneers, who enjoyed sweet revenge on Friday night.

Unfortunately, it came at the expense of two fans who totally hate his guts.

The Caps jumped out to a 4-0 lead, including a goal by the Lightning that was waved off after it was determined they had too many men on the ice.

The former Redskins defensive lineman celebrated each and every goal with a celebration video on his Twitter account, not so subtlely taunting the father-son team behind him.

It must be nice to be Swaggy.

It must be nice to be Swaggy.

Even though Baker is several years removed from playing in Washington, he got his career on track here, met his wife here, and found his star power. It's nice to see him still sharing that with D.C. sports fans.

Even if it comes at the expense of hapless Lightning fans.