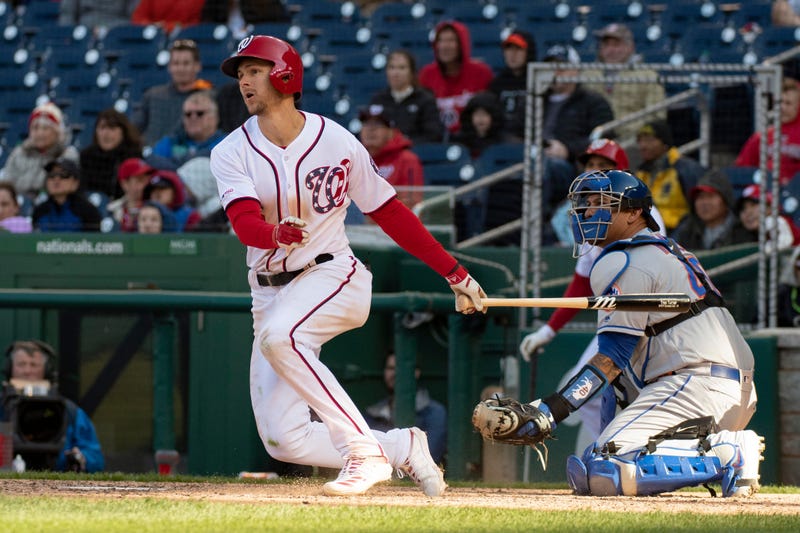 While the rest of the baseball world obsessed over Bryce Harper this weekend, his former teammate, Trea Turner, ran wild in Washington.

In three games, he is already 1/20th of the way to his manager's goal of 80 stolen bases on the year. That's four in three games, putting him on pace for 216 this season. Even if he drops off the pace by half, he'll have one of the best seasons in baserunning history.

Dave Martinez: I want Trea to attempt 80 stolen basesTrea Turner: *is on pace for 216 steals* pic.twitter.com/fnqtbsmrAV

His first blast came with two men on in the third inning. This put the Nats on the board:

He also flashed his glove in the field, showing terrific rapport with newcomer second baseman Brian Dozier. With speed on the basepaths, it doesn't get better than this:

What do you think of this double play and why does it belong in a museum? pic.twitter.com/VwWAwfhURP

Then, with the Nats staring down an 0-3 start at home, Turner delivered again in the ninth, this time lacing a pitch into left field for the go-ahead score:

Turner comes out of Opening Weekend with the MLB lead in stolen bases, the team lead in home runs, hits and RBI.