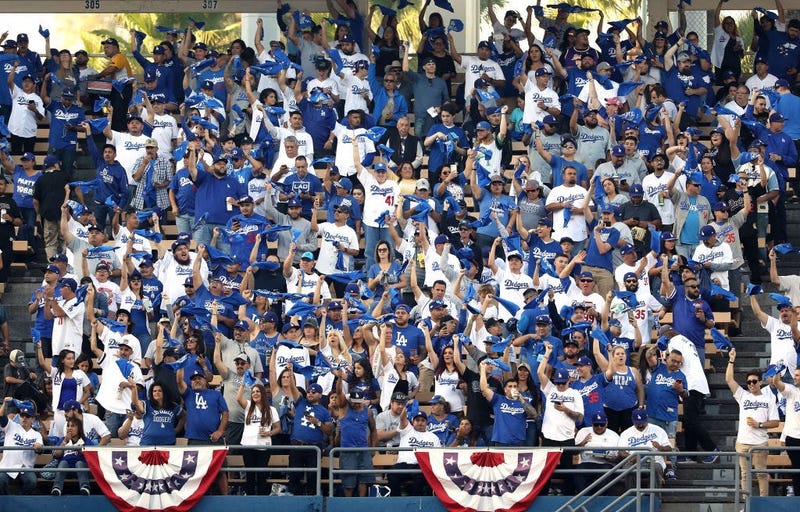 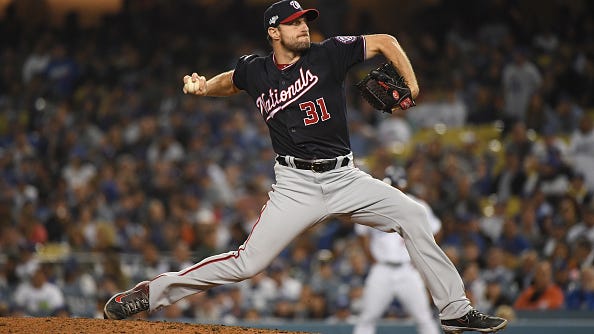 Imagine buying one of the hottest tickets to a major sports playoff game and trying to convince the people around you to settle down. That appears to be what happened in Game 2 of the Washington Nationals and Los Angeles Dodgers NLDS game on Friday night.

In fairness, we have zero context for what's happening, other than what the world saw on the TBS broadcast of the game. There could be a lot more to the story, but we'll probably never know.

After the Nats jumped out to an early lead, there was hope in the hometown crowd that the Dodgers would answer. That led to many Dodgers fans standing and waving blue rally towels that were clearly distributed before the game.

Born out of the famed Pittsburgh "Terrible Towel," the towel-waving video clip has become something that every sports team has to have. Some fans love it, but clearly not everyone.

The gentleman in this clip looks out of place, wearing navy blue without any Dodgers markings. He also appeared to have earplugs in his ears and a deeply-held resentment for the towel-waver in front of him:

If only we could hear what was said next!

If you believe that rally towels possess special powers, then this man could be the reason why the Nats jumped out to a 3-0 lead. If so, the Nats owe him a debt of gratitude.

Not all heroes wear capes, but some do wear earplugs.