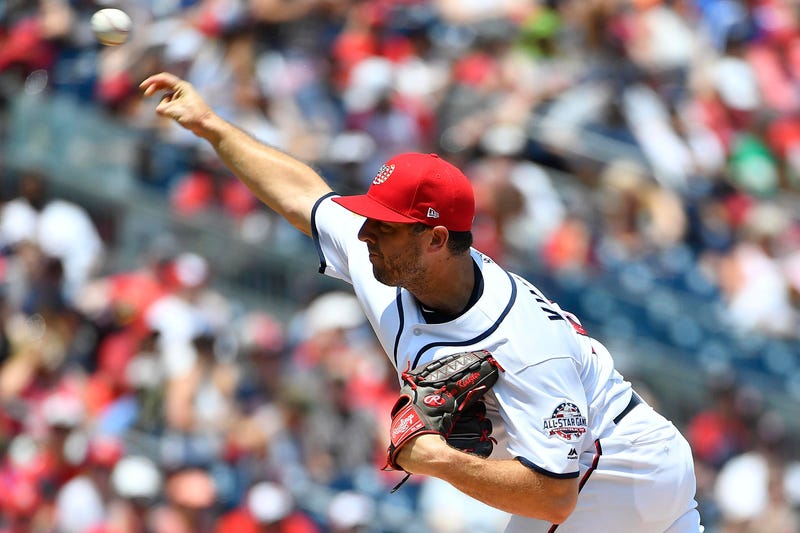 Whether or not the Washington National make the playoffs, they seem determined to have a harmonious tail end of the 2018 regular season.

On Tuesday, in a move that confused many, the Nats dealt reliever Brandon Kintzler to the Cubs for a single-A pitcher who will be inconsequential for years to come.

According to Washington Post writers Chelsea Janes and Barry Svrluga, Kintzler was addition by subtraction:

Via Barry Svrluga: "Kintzler was shipped out because the Nationals believed he was responsible for anonymous reports that painted Washington’s clubhouse culture as iffy."
Beat reporter Chelsea Janes followed up with a few confirmational nuggets of her own: "Some within the organization speculate the deal was as much about Kintzler’s willingness to speak his mind in the clubhouse as his performance. Kintzler was open about the effects his usage and workload had on his performance, though he was pitching to a 3.45 ERA in 45 appearances this season. He was a major presence in the clubhouse, leaned on by veteran starters and less-experienced relievers alike for advice on mechanics and approach."

This deal surprises me, as if the Nats had wanted to clear money, they could have cleared more with Madson or Herrera. Feels worth noting Kintzler something of a squeaky wheel. https://t.co/Qvngaqfx9T

Rizzo said he doesn’t pay attention to stories about clubhouse culture from people who don’t spend time in the clubhouse.

Dealing Kintzler is made possible by the move to acquire Kelvin Herrera from the Royals last month. But it may have been made necessary if Rizzo thought he was a source of discontent.

Interestingly enough, this shouldn't be a surprise for the Nats.

Kintzler was acquired at the deadline last year and provided solid performance down the stretch, pitching to a 3.46 ERA in 26 appearances. This season, he added 45 more appearances and a 3.59 ERA. That type of consistency is valuable in a reliever, but so is going with the flow.

He re-signed with the team after hitting free agency last winter and did not hold back on former skipper Dusty Baker and his use of the bullpen. Kintzler is adamant that managers communicate clearly with bullpen arms about their roles and blamed Baker for not telling him before a situation might change. Part of re-signing with the Nats was knowing that Baker was gone.

It turns out that perhaps the grass wasn't greener with Dave Martinez, as rumors bubbled up in the last few weeks about bullpen and locker room dysfunction. If Kintzler's role was redundant and he was a source of conflict, then it casts his trade to the Cubs in a more sympathetic light.