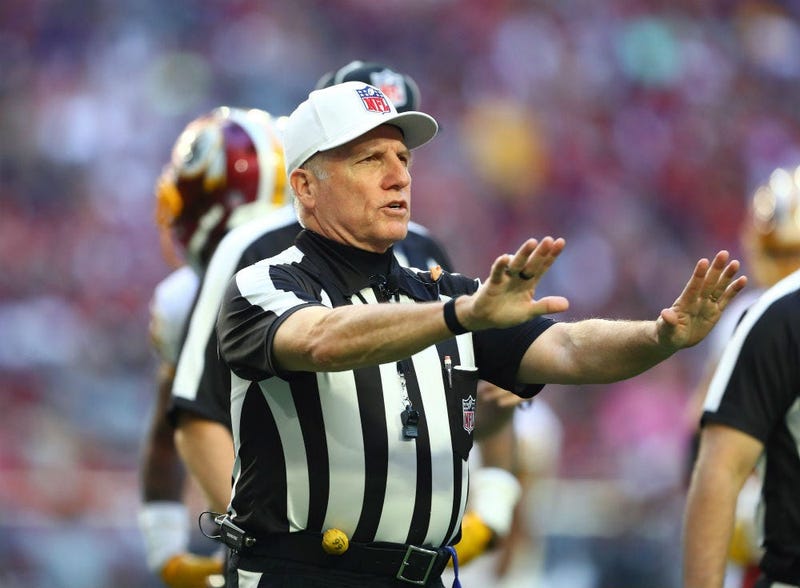 After the debacle in New Orleans during the NFC title game, the league admitted to missing a pass interference call late in the 4th quarter and will consider making a major change to the pass interference rule.

The NFL and the rulemaking competition committee will give consideration this offseason to making pass interference calls reviewable.

"It will be discussed at length along with additional fouls that coaches feel should be subject to review,” a person familiar with the league’s inner workings told The Washington Post Monday. "And there will be discussion on (replay) review of calls and non-calls."

As mentioned in the #LARvsNO broadcast, this should have been a penalty for Pass Interference. The defender was not playing the ball and contacted the receiver early. pic.twitter.com/treCuGiClr

Something to keep in mind: if the NFL considers making penalties reviewable, it'd be led by the Competition Committee, which includes... Saints head coach Sean Payton.

The competition committee has opposed making judgment calls, like pass interference, reviewable and any rule change would need to be agreed to by three-quarters of the NFL's 32 owners.

While any rule change seems unliley, it would certainly be welcome news for Redskins fans after some high profile non-calls cost the team during the 2018 season.

In a Week 11 loss to the Texans, Washington got burned in the 4th quarter when there was plenty of contact with Josh Doctson and no flag was thrown.

Couple people asked to see if there was a potential defensive pass interference on the deep ball to Josh Doctson on 3rd down. Here's the clip. #Redskins pic.twitter.com/wkelVov7xc

A pass interference call would have given Washington a first down deep inside Houston territory needing only a field goal to take the lead. Of course, the Redskins did not get the call.

Santana Moss bemoans more 'bull crap' calls against Redskins
Another judgment call the league could take a look at are hits to defenseless receivers. The Redskins got burned by the referees in Dallas when there was no flag thrown for an obvious helmet-to-helmet hit late in the 4th quarter on tight end Jordan Reed.

Jordan Reed has every right to be furious, clear hit to the helmet and it goes uncalled. Has to be frustrating, especially for a guy with a history of concussions. pic.twitter.com/v6EBmS2qNW

The NFL has to make some changes, and hopefully for football fans, more accurate calls will follow.