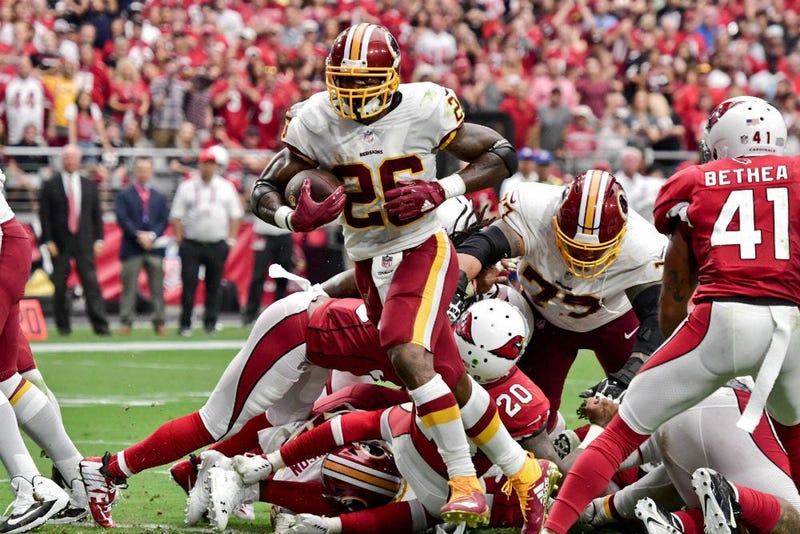 October 3, 2018 10/03/2018 6:43 pm
By Ben Krimmel
While fans in Washington have spent the week preparing for the Capitals' opening night, the Redskins spent the bye week sitting atop the NFC East standings. And while the season is only three games old, Grant Paulsen and Danny Rouhier picked out the offense's Most Valuable and Least Valuable Player for the 2-1 Redskins.

"I will say Alex Smith," Rouhier said. "Because when their offense has been good, he has been very Alex Smith (like): balls coming out on time, no turnovers, no setbacks.... not taking negative plays, escaping, throwing it away, he has been consistent. He has allowed for your Adrian Peterson long rushes, he's allowed for Chris Thompson to lead the team in receptions."

Smith has orchestrated the Redskins' offensive success and "when he's been allowed" he has made the offense really good, Rouhier said.

"I go Adrian Peterson. I think any other pick, honestly, is just trying to be different," Paulsen said. "To me, their best player on offense, and it really hasn't been close, has been Peterson. Now his numbers are not crazy...(but) he is a big upgrade, he's rushed for three touchdowns, he's improved them in the red zone, he's improved them in goal-to-go, he has improved their operation in terms of time of possession."

"I got nothing against the performance of Smith through three games, I just think he's been fine," Paulsen said.

On the other side of the coin, there have been some less than solid performers for Washington.

"(Josh) Doctson, to me, is where this conversation starts and stops," Rouhier said.

"Shawn Lauvao, probably." Paulsen said. "The game in which he didn't play, (the offensive line) seemed to get better."