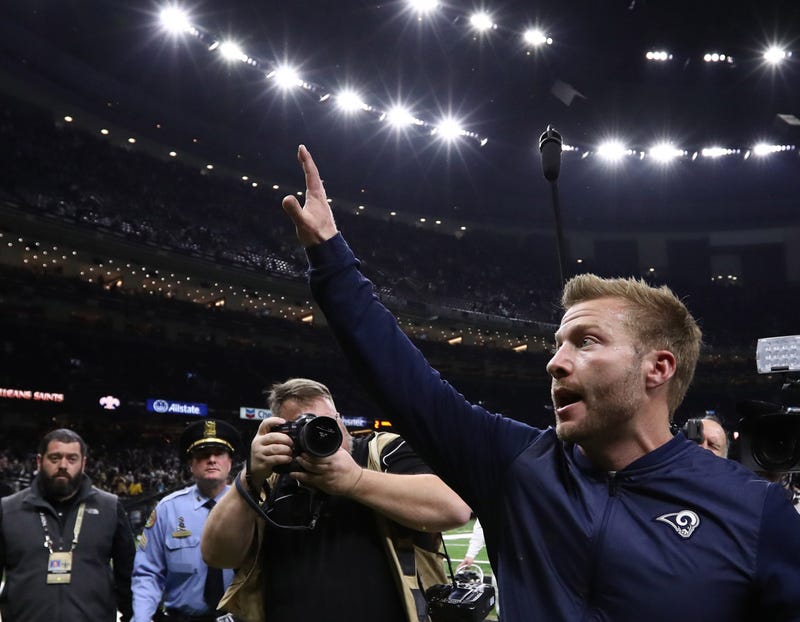 The Rams and head coach Sean McVay are on their way to Super Bowl LIII after toppling the Saints (albeit controversially) 26-23 in overtime Sunday afternoon in the NFC Championship game.

And Redskins fans had some feelings watching McVay, who served on Washington's offensive staff from 2010-16, earn a shot at an NFL title with another franchise.

Many, as you'd expect, were frustrated, taking the opportunity to beat the #FireBruceAllen drum once again.

Want more proof that Dan Snyder and Bruce Allen don’t know what they are doing? Look at Sean McVay. Started his career as the @Redskins TE’s coach, moved to OC and left for the now NFC Champion @RamsNFL. Good luck in the Super Bowl #FIREBRUCEALLEN pic.twitter.com/NrbusImWcF

Shout out to Sean McVay, the Redskins’ former OC, now current HC of the LA Rams who are now going to the Super Bowl after his second year ever as a HC. So glad we lost him ----‍♂️----‍♂️

Others were simply sad.

Me when Sean McVay left because I know his value.TE Coach>OC>HC @Redskins should’ve promoted him to HC & fired Gruden pic.twitter.com/ONkx7rN20H

Some were actually happy to see one of their former coaches succeed where the Redskins so often failed.

Is anyone else extremely happy for Sean McVay? A young coach whose career will not be wasted because he got out. #FireBruceAllen #Redskins

Can't tell you how proud as a #redskins fan of Sean McVay and the @RamsNFL. Sean has developed into a great leader. Goff, who was once considered a bust, is now playing for a SB. One can only hope the Front office of #redskins can learn from this. #httr We had great pieces here.

So happy that the @Redskins get to watch Sean McVay in all his glory every offseason from afar now. I hope the #Rams become a dynasty.

But, at least for one fan, all they could do was sit back and laugh.

Of course Sean McVay is going to a Super Bowl. Love being a #Redskins fan. It’s painfully entertaining

McVay and the Rams have their work cut out for them to beat the Patriots in the Super Bowl, but if Los Angeles does lift the Lombardi Trophy, expect Redskins Twitter to get even more into its feelings.