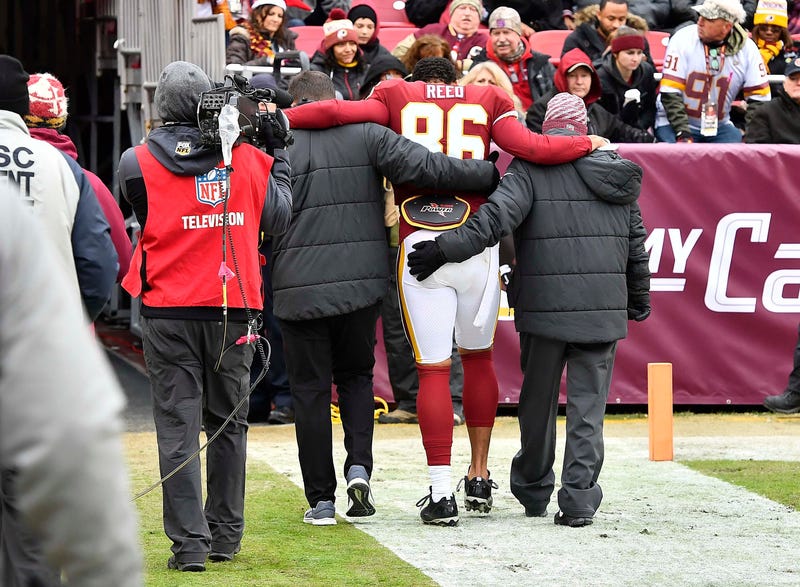 The Washington Redskins are hitting highs that no team wants to hit.

The team placed quarterback Colt McCoy and tight end Jordan Reed on the injured reserve list Thursday, taking the team's total to 23 players on IR for the season.

#Redskins IR Reed and McCoy. Get insurance at DB and OLB. pic.twitter.com/WsqnRSeibT

Washington announced the signing of defensive end Marcus Smith and defensive back Alex Carter to the vacant spots on their active roster.

In addition to those lost to injury, the Skins are also without linebacker Reuben Foster, who is on the Commissioner Exempt list after his latest domestic violence incident, and safety Montae Nicholson, who is on the reserve/non-football injury list after he was arrested on assault and battery chargers stemming from a fight in Virginia.
In total the cap space lost to reserve/injured list players is $21,783,743 for 2018, according to salary website Spotrac.
The Redskins have been one of the most injured teams in the NFL in recent years – losing 19 players to injured reserve in 2015, 18 in 2016, and 20 last season, per Spotrac.
Follow Ben Krimmel and 106.7 The Fan on Twitter.