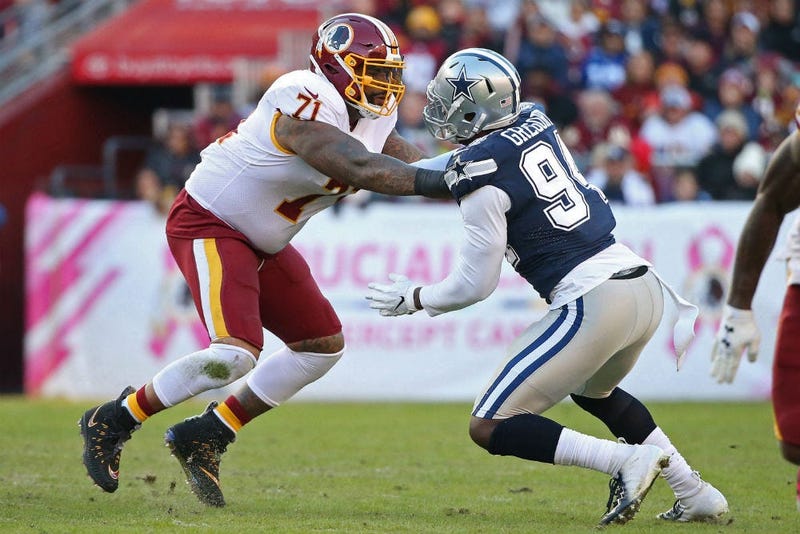 Running back Chris Thompson will miss his the third-straight game Sunday due to a rib injury, Redskins head coach Jay Gruden announced Friday.

But the big surprise during Friday's practice was the participation of left tackle Trent Williams, who missed Washington's last two games after thumb surgery. Williams has tried multiple casts and found one that might allow him to face the Texans, according to 106.7 The Fan Redskins reporter Craig Hoffman. Williams is listed as questionable.

The cast on Trent Williams’s hand. So fare he is going through all the offensive line drills early. Gruden had said he is almost certainly out for Sunday. pic.twitter.com/d0gma7Q0yb

Gruden announced wide receiver Jamison Crowder will miss his sixth consecutive game due to a ankle injury and running back Samaje Perine is also out after injuring his calf during Thursday's practice.

The Redskins also listed corner back Quinton Dunbar (shin) and safety Montae Nicholson (illness) as questionable. Dunbar missed Week 10's matchup against the Buccaneers after being listed as questionable and did not participate in practice during Week 11.

Kicker Dustin Hopkins was also listed as questionable on the injury report after missing practice on Wednesday and Thursday due to a groin injury. He is expected to play Sunday.

Right tackle Morgan Moses is expected to play after dealing with a knee injury that nearly kept him out of last Sunday's game in Tampa.