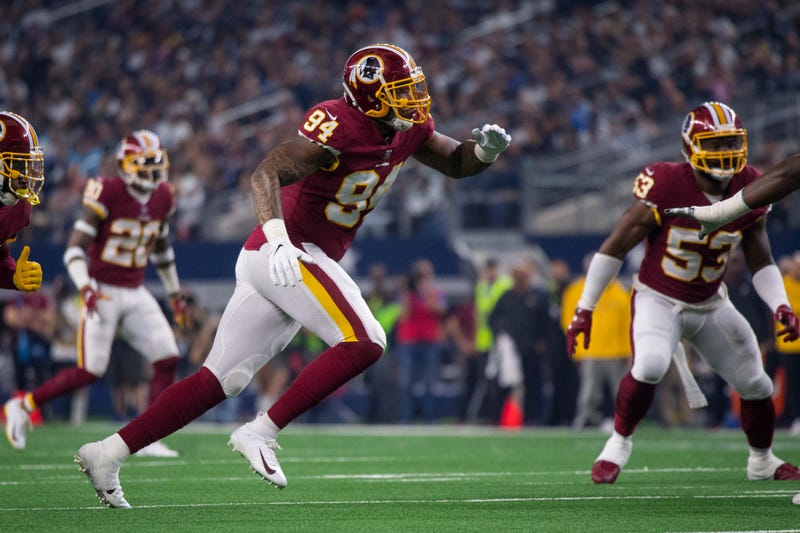 March 12, 2019 03/12/2019 2:39 pm
After seeing Jamison Crowder join the Jets Monday, the Redskins are now set to lose outside linebacker Preston Smith, who will reportedly be signing with the Green Bay Packers.

The Packers also are signing Preston Smith, according to a league source. Huge day for the Packers defense.

Washington drafted Smith in the second round of the 2015 NFL Draft, and saw him blossom into a productive pass rusher, recording 24.5 sacks in his four years with the Redskins.

Smith's deal with the Packers is for four years and $52 million, according to Ian Rapoport.

The 26-year old was just one of several additions the Packers made to their defense Tuesday, also signing former Ravens defensive end Za'Darius Smith and ex-Bears safety Adrian Amos.