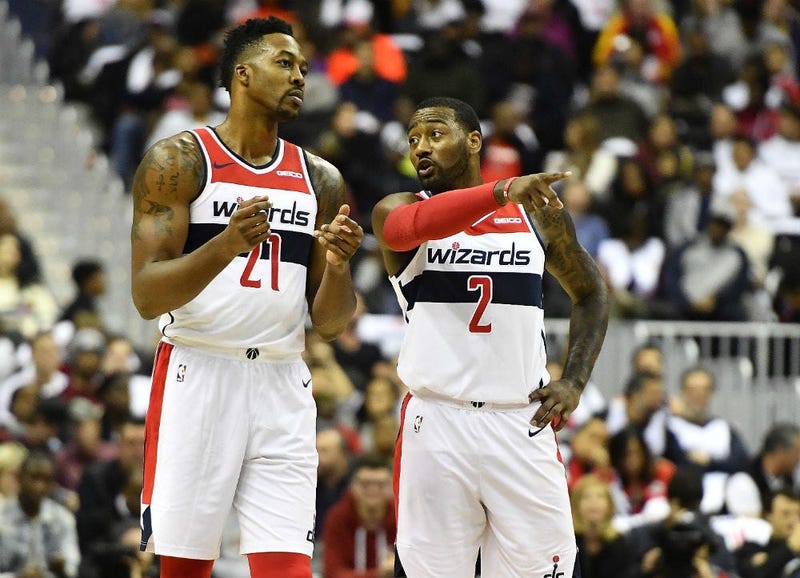 Who knew Marcin Gortat was the Washington Wizards’ foundation? Well, the “Polish Hammer” did when saying the team would miss him when he was gone.

Oh, do they ever.

The Wizards are a bunch of selfish divas who only worry about scoring themselves rather than share the ball or even play defense. Gortat was the selfless player at the top of the key who set picks and then went for rebounds. Sure, he didn’t score much, but his role was to set up others.

The Wiz have no one now to do the dirty work. Oh, Dwight Howard is finally healthy enough to contribute, but Washington doesn’t have the right Beta players or even decent reserves to let John Wall and Bradley Beal do what they do best – score. And without the supporting players, the lead ones are stumbling, too.

It’s time to make some hard decisions on the 2-8 Wiz as they ready for the Orlando Magic on Friday. Sure, it’s early. The Wiz have come back from poor starts seemingly most years and made the playoffs. But really, what has it gotten them but mostly early exits?

This team isn’t built to win a title and its architect is one reason why. Until general manager Ernie Grunfeld is fired, Washington will never do anything more than shuffle deck chairs on the Titanic.

But the one thing, and the only thing, that Grunfeld excels is cleaning up messes. Too bad he creates the messes, but at least he often jettisons players once they’re proven not to work.

So what’s the fire sale price on John Wall? Sure, the 2010 No. 1 overall pick is averaging a healthy 21.5 points per game, but the chemistry around him seems gone. Sometimes players go stale. They’re tired of the same old with the same team even when surrounding players come and go.

Wall looks like a bored man playing too often in pain over the years. Someone who wants to sign on with a super team where the pressure’s not all on him. Where he can just shoot and not worry about anything else.

And the Wiz should let him do so. Trade him and move on because Wall hasn’t earned any rings here.

That leaves Beal. He’s not perfect peach, either, but he’s the Wizards’ best player and with the right surrounding cast could carry Washington further than starting over with just Wall.

Of course, it takes too much guts to make such big moves. But ask yourself this – is the current cast working? Will they win a title with this crew?

The choices are either slug along for a sixth seed and early elimination every year or make a bold choice to go for the crown and do whatever is needed.

And to do whatever is needed, owner Ted Leonsis needs to hire another general manager.