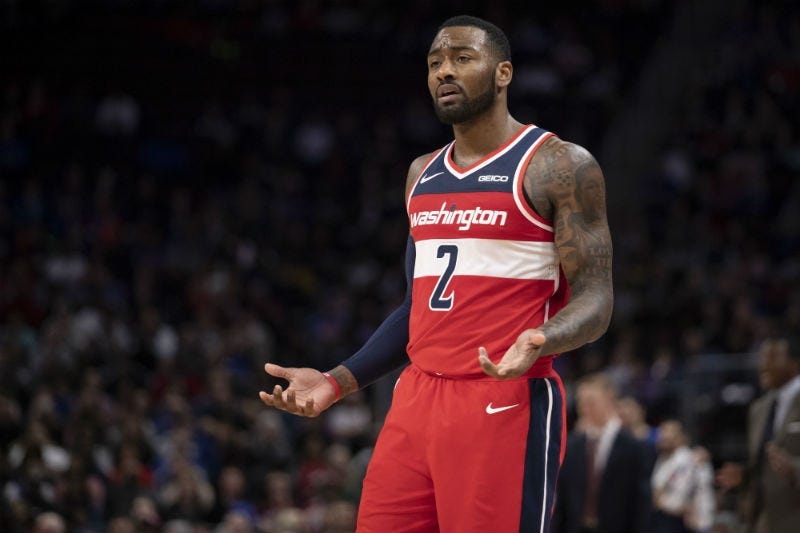 The Washington Wizards are starting to gain national respect. Sports Illustrated ranks the Wiz fifth overall while NBA.com has them seventh.

That’s pretty heady company for a team with little recent playoff success and its best player injured. The rest of the country thinks the Wiz are pretty good. Locally, the team’s future is bewildering.

Washington is 9-3 since losing John Wall to knee surgery. Wall is the best Wiz player and yet the team emerged from a season-long funk to suddenly play better. Even knock off a couple of good teams.

It’s easy to point fingers at Wall. When someone is missing from the lineup and the team improves, what else can it be but something related to Wall?

It makes the Wiz really wonder how to best use the guard when he returns in April shortly before the playoffs. The next 12 games against teams with winning records will tell.

If Washington emerges from this hellish challenge in good form, the Wiz should just keep going with the present lineup and let Wall be the sixth man. It sounds silly, but timing and chemistry are everything.

Schroeder was traded the next summer and Williams went 5-7 over two seasons before retiring. The change was only better over the short term, but for that moment, playing Williams was the right decision.

Wiz coach Scott Brooks has a tough choice ahead and maybe the next 12 games will make it for him. But right now, the Wiz are playing better without Wall.

Sometimes, players rise up when the best player goes down. The team certainly seems more cohesive under its “everybody eats” motto. That’s not saying Wall was selfish, but the new chemistry is working.

And really, that’s what matters most.