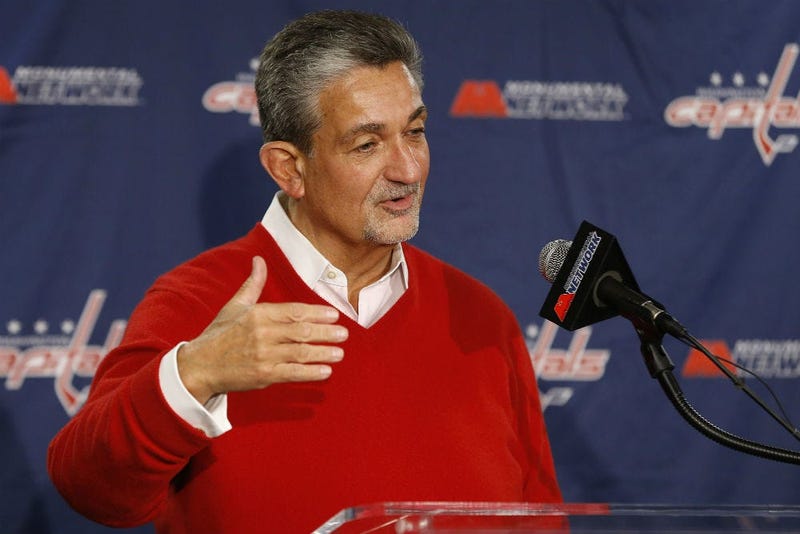 The Washington Wizards will not be trading any of their three core players, owner Ted Leonsis said Thursday.
Speaking on WTOP, Leonsis said he "wouldn't throw in the towel" on the core group of players the Wizards drafted and developed.

Leonsis pointed out the team's three max-contract players, John Wall, Bradley Beal, and Otto Porter, and said they would not be dealt.

“We’re not trading any of those players,” he told WTOP during their "Ask the Owner" segment.
Leonsis also dismissed a question about whether he was happy with the performance of longtime general manager Ernie Grunfeld.

The Wizards goals this season, Leonsis said, are to make the playoffs.

The Wiz are currently 9th in the Eastern Conference, one place out of the playoffs.

On 106.7 The Fan, Danny Rouhier disagreed with Leonsis' assessment.
"The apathy has set in and people don't care and that's because of his consistent insistence that Ernie Grunfeld is the best man for the job," Rouhier said. "They are broken, they are irrevocably damaged, they are stuck. He needs to make a change."

This is a fundamental, impossible to overcome, obstacle for success for this organization. More than 1/2 the teams make the playoffs but only a few teams are legit contenders. The point is to be in the latter group. This team is not worth your time. https://t.co/CcxFrPYUNB

“I was asked point blank, ‘Are you going to tank?’” Leonsis said. “That’s an offensive question. You can’t go to your organization, to your players, to your coach and say, ‘Let’s plan to lose.’ Tanking is also illegal, you get a big fine if you tank."

“You can’t fall back to woe is me. You have to go to the players, the coach, the staff, and say, ‘Do we have enough to make the playoffs?’ And to a person, I was told, ‘Yes we do,’” he said, echoing his earlier comments.

While many Wizards fans are finished with Grunfeld's tenure, Leonsis left the door open for evaluation after the season of his GM and head coach Scott Brooks, too.

“In pro sports, every job is at risk every year. You really do use an offseason to take stock of what you do," Leonsis said. "But you do that by talking to the players, by talking to the agents, by talking to people within the organization, people at the league office. It’s not something that you make light of."