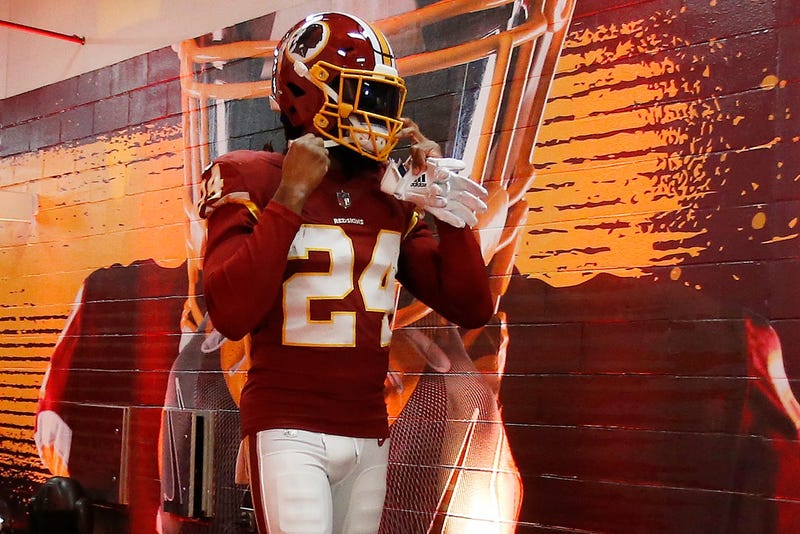 Things got heated after the Tennessee Titans defeated the Washington Redskins.

Titans offensive lineman Taylor Lewan made his way over to the Redskins bench area and said something to Washington DB Josh Norman.

Reportedly, Lewan said,"Get the f--- out of my stadium."

Norman responded by throwing his helmet at Lewan, who did Norman's bow-and-arrow celebration in response.

Norman and had to be separated from Lewan by members of the Redskins staff.

Lewan told reporters he went to the Washington bench to speak to Norman because he felt Norman was trying to hurt Titans RB Derrick Henry late in the game.

“There’s enough injuries as it is. We don’t need people trying to hurt each other,” Lewan said, per The Athletic's Travis Haney.

"I’m not worried about Josh Norman," Lewan said. "I mean, I don’t know who that is. I was pissed. He was trying to hurt Derrick. That’s BS. That’s not the way football’s supposed to be played, man. It’s not our fault you’re not relevant anymore."

As we walk in the locker room and some players are already headed towards the busses, Josh Norman is still in full uniform. Pads. Jersey. Everything.Covered in green paint. Head in his hands.

45 minutes after the game, they’re closing the locker room.Josh Norman will not speak. He is still in his full uniform, head buried in his hands at his locker.

Norman did not speak with the media after the game.