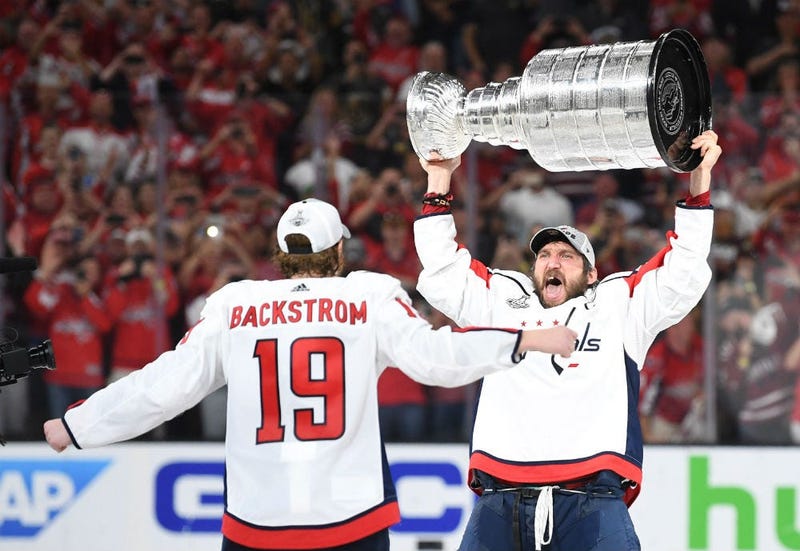 Well, certainly some aspects of 2018 surely should never be remembered. But not these moments. These moments will long remain in the memory banks of all in the DMV. The top 5 moments that made 2018 a special year in D.C. Sports.

And the top moment might surprise you. (Spoiler Alert: It won't.)

5. Redskins beat Cowboys
No, the season did not turn out so well. But this moment will always be special: The Doink.

A huge moment in the NFC East --Brett Maher misses to give the @Redskins a huge win!#DALvsWAS #NFLUK pic.twitter.com/AZoTTuxsvQ

The Cowboys missed a 52-yard field goal which was supposed to be five yards shorter, but Dallas long snapper Louis-Philippe Ladouceur​ was called for a snap infraction. And so, the Redskins won thanks to: The Doink.

There is little left to say about the dominance of Nats' ace Max Scherzer.

Max Scherzer is the third pitcher in the past 15 years to strikeout 300 batters in a single season. pic.twitter.com/sKISncb32G

"To me, (Scherzer is) the best pitcher in the game," Nationals GM Mike Rizzo said. "He's the guy that you want to face the least in the game, and if you're going strictly by statistics, he's number one in just about every category that you can name."

3. Capitals vanquish Penguins
Did you know Evgeny Kuznetsov could fly?

Kuznetsov gets the OT winner for the Capitals to eliminate the Penguins! pic.twitter.com/3eGbLw55sk

The Caps exorcised their playoff demons by beating the rival Pens 4-2 with an overtime winner in Pittsburgh. It doesn't get much sweeter than that.

2. Bryce Harper wins Home Run Derby at Nats Park
The Nats talisman never got a shinning playoff moment in Washington, but he did have this.

Harper, who overcame lame cheating accusations in the Derby, was the opposite of John Wall in the batting cage.