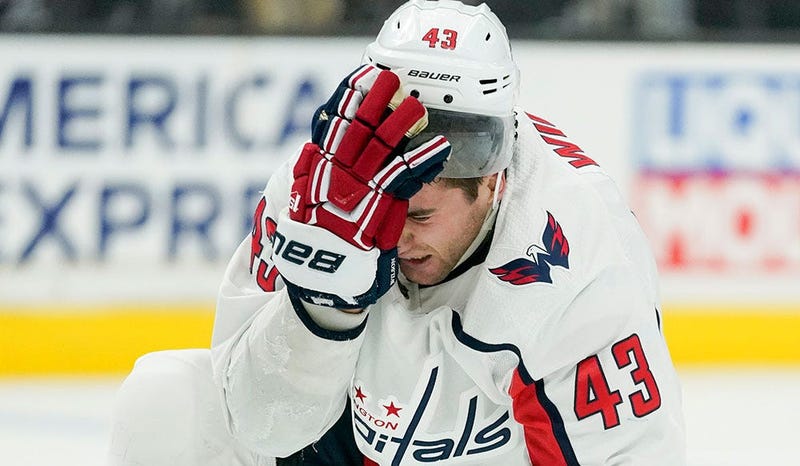 The NHL lowered the boom on Tom Wilson and the Capitals on Wednesday, and the decision is a series-changing, and likely career-defining decision, for not only Wilson, but others as well.

The League and the Department of Player Safety suspended Wilson, the Capitals top-line right-winger paired with Alex Ovechkin and Evgeny Kuznetsov, for three games after he collided/hit Zach Aston-Reese of the Pittsburgh Penguins in Tuesday night’s 4-3 win for the Capitals in Pittsburgh.

This was despite no penalty being called on the ice, even after consultation among four officials and the off-ice official saying after the game that the game officials thought it was a legal hit.

The League explained the decision, saying Wilson went “up and into the hit, making the head the main point of contact and causing an injury.”
The video clearly explains in pain-staking detail what they were looking at and why they ruled how they did. I thought Wilson was going to be suspended and should have been suspended.

The problem is, three games is unfair, despite the broken jaw to Aston-Reese and his loss for the rest of the series to the Penguins.

The injury has an effect on the Penguins for sure as “ZAR” -- as Penguins followers call him -- was a key fourth-line contributor. But this has far bigger impact on the Caps.

Once again, “Top Line Tommy” has been a great tag-team partner with Ovechkin and Kuznetsov, and he also kills penalties for Washington. Wilson had a couple of terrific passes and assists for both Caps' goals in the Game 1 loss, while helping force a turnover in the Penguins' zone that keyed the 2-on-1 break which turned into the game-winning goal Tuesday night.

*IF* Tom Wilson is suspended by the @NHL DoPS today (as I think he will be) it's a shame from a pure hockey perspective. "Top Line Tommy" forced the turnover for GWG last night in #Caps D-zone, was very active in harder to measure ways in Gm 2, had two terrific assists in Gm 1.

This derails the chemistry of Washington’s top line and very successful counter to Pittsburgh's power play.

I’m fully aware that Wilson is a repeat offender -- that’s why I was confident from the start that he would be suspended -- but, honestly, I thought he would only get one game.

Not a great angle but this is the view that made me think the hit was not clean. Skate up. Shoulder to face. Had no issues with game two. This could be a major issue. #Caps pic.twitter.com/cK9RZLDCFZ

If Wilson's suspension has the impact I think it will, the Capitals could very easily lose the series. If they lose another series to the Penguins, regardless of reasons, Barry Trotz is not expected to return for a fifth season behind the Caps bench and, once again, Alex Ovechkin’s legacy would be dealt a blow.

That would be a shame, because he’s been mostly outstanding in the Stanley Cup Playoffs, and now the league could be dictating the terms and the possible outcome of the series.