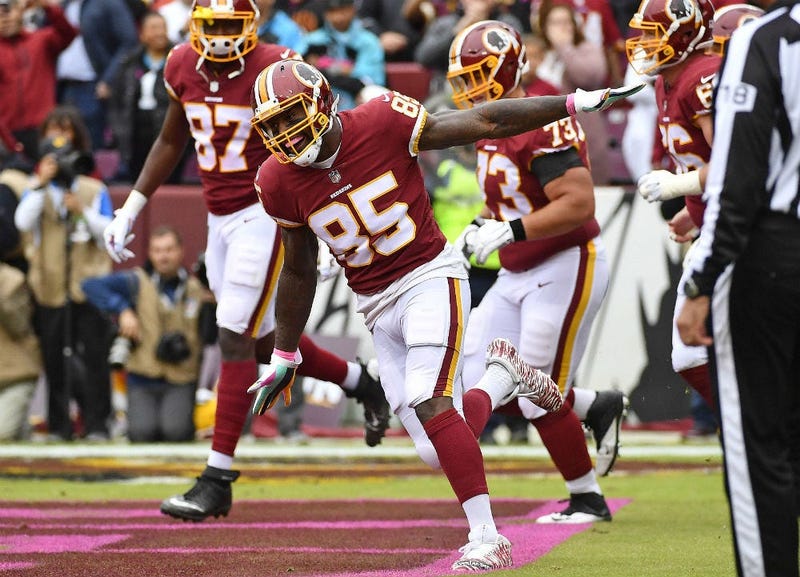 The Redskins offense will have to work hard to "contain" J.J. Watt and Jadeveon Clowney in order to be successful Sunday, Washington tight end Vernon Davis said.

"I think the biggest challenge for us is being able to contain their best players, we're talking about Clowney and J.J. Watt," Davis told The Sports Junkies Friday. "Their entire team defensively, they're all good, good players. Tremendous athletes on that team, but there's always a few guys that you really have to account for, and J.J. Watt and Clowney are those kind of guys."

"They can change the game, they're big time playmakers. So we have to be cognizant of that, and be aware of where they are at all times," Davis said.

Davis pointed to Watt's and Clowney's speed and athleticism which makes them difficult to stop. The duo have combined for 14.5 sacks, four forced fumbles, and a touchdown for a Houston defense ranked third in the NFL by Football Outsiders.

While not entirely unbothered by getting shutout of the passing game in Tampa, Davis isn't worried about his contribution to the Redskins offense.

"I feel like they're doing everything they possibly can to make sure that everyone is involved," Davis said.

When asked about the recent back-and-forth involving players like Josh Norman asking for better support during home games at FedEx Field, Davis said both fans and players are in it together.

"Everyone wants to win," Davis said. "We just want to make sure the fans are behind us and we're in it together."