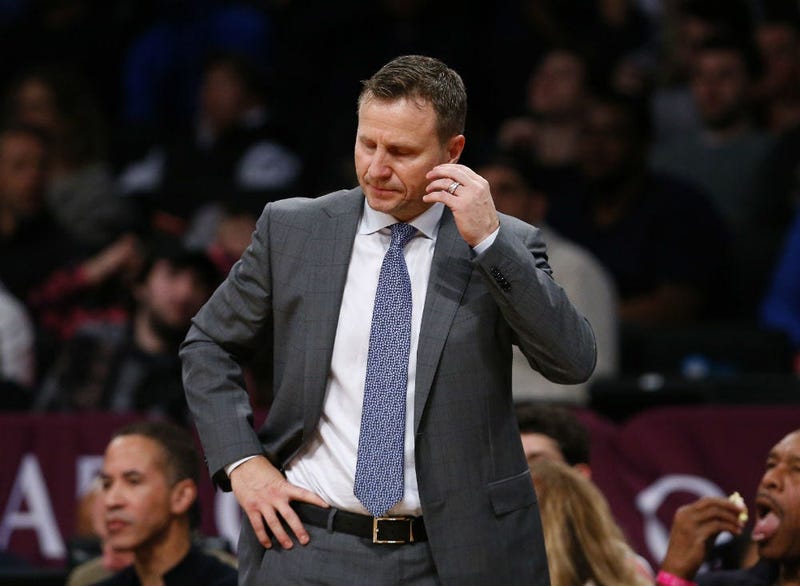 When the final buzzer sounded in Brooklyn shortly before 10 p.m. it was just another Friday night for the Washington Wizards.

The Nets defeated their guests 125-118, and the Wizards fell to 0-7 on Fridays this season.
Soon after the game ended, the first report of a three-team deal was put on Twitter by ESPN's Adrian Wojnarowski.

#Wizards "are in advanced talks on a deal" that would send Kelly Oubre to the #Grizzlies and Austin Rivers to the #Suns in exchange for Trevor Ariza from the Suns, per @wojespn.

The Wiz would reacquire Trevor Ariza from the Phoenix Suns and send Kelly Oubre Jr. to the Memphis Grizzlies and Austin Rivers to Phoenix. To complete the deal, Memphis would send Wayne Selden and Dillon Brooks to the Suns. (A few 2nd round picks would also be swapped.)

About half an hour later, Wojnarowski announced the deal was agreed to in principle. Rivers and Oubre were saying their goodbyes in the Wizards' locker room. "Austin Rivers had team staffers coming up to him and patting him on the back," The Washington Post's Candace Buckner tweeted. "They were saying their goodbyes."
Immediately confusion broke out: It was MarSho​n Brooks in the deal, not Dillon Brooks. The agreed to deal was suddenly in jeopardy, per Wojnarowski.

Three team deal involving the #Wizards is now in jeopardy, per @wojespn. https://t.co/kYkrDKTRL1

Evidently, the Suns and Grizzlies were not in direct communication. They were using the Wizards as "a conduit in coordinating the three-team deal," according to Wojnarowski. The deal was now in peril over the Brooks confusion.

Seventy-three minutes after the deal was first floated, it was declared dead.

NO DEAL!#Wizards will NOT be trading Kelly Oubre to the #Grizzlies and Austin Rivers to #Suns for Trevor Ariza after all. Unreal. https://t.co/6QITYjYB1C

When the Suns and Grizzlies finally spoke, Memphis refused to include Dillon Brooks in the deal. So what caused the mix up?

"Washington believes it was told Dillon Brooks in conversations with Memphis," Wojnarowski tweeted. "The Grizzlies insist they told Washington it was MarShon."

Grizzlies GM Chris Wallace said they "were floored to learn of reports involving Dillon Brooks" in the trade.

"We never discussed Dillon as part of this trade with Washington – which was the only team we spoke with concerning this proposed deal,” Wallace told ESPN.
Reports out of Arizona tell a different tale. According to John Gambadoro, it was the Grizzlies who pulled out of the deal and put blame on the Wizards.

The Suns had multiple conversations with the Memphis Grizzlies over the last 24 hours about Dillon Brooks - any information that the Suns had no contact with the Grizzlies and only Washington is wrong. The Suns checked medicals on Dillon Brooks.

The Suns never had any discussions with Memphis or Washington about MarShon Brooks. Dillon Brooks is an injured player so medical and physical information was exchanged before the trade call. Hate on the Suns all you want this one is clearly on Memphis backing out of the deal.

The deal, however, may not be entirely dead as the Wizards and Suns are still working on getting Ariza from the Suns.

Twenty-nine games down, 53 games remaining in the 2018-19 Washington Wizards season.