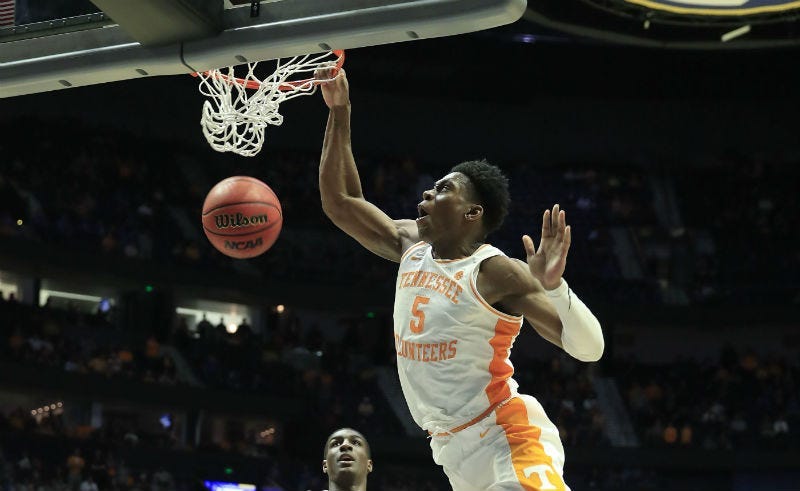 After selecting Rui Hachimura with the 9th overall pick, the Wizards moved into the 2nd round to acquire the draft rights of Admiral Schofield (42nd overall) from the Philadelphia 76ers for cash considerations.
“Admiral is a tough but skilled player who fits in with the culture we are creating with our team,” Wizards senior vice president of basketball operations Tommy Sheppard said. “We had him highly rated in our draft process and were happy to have the opportunity to add him to the roster with this trade.”

Schofield, a 6-foot-6, 241-pound forward, was a four-year player at the University of Tennessee averaged 11.9 points and 5.3 rebounds.

"The two things I really love about him are his athleticism and his toughness," head coach Scott Brooks told The Sports Junkies Friday morning.
Wizards fans were quick to point out Schofield nailed a game-winning jumper over the team's first round pick. So that's something the two can talk about when getting to know each other.

Washington also acquired veteran guard Jonathon Simmons in the deal. There is a chance the Wizards may trade or waive Simmons, whose contract is only partially guaranteed before July 1.