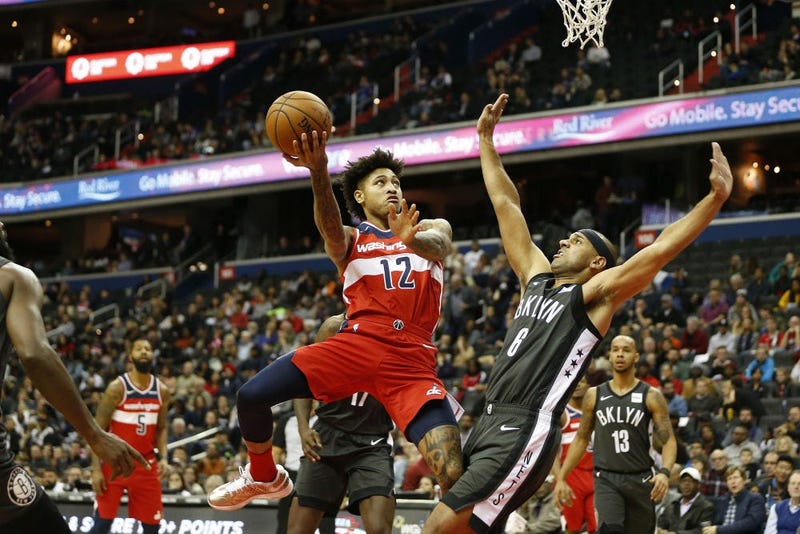 The #Wizards are trading Kelly Oubre and Austin Rivers to the Phoenix Suns for Trevor Ariza, per @ShamsCharania and @wojespn.

The Wizards had agreed to in principle to a deal on Friday to reacquire Ariza, but the three-team trade collapsed just over an hour after news of the trade was leaked.

Ariza, an NBA nomad has been with seven teams in his 15-year career, previously played two seasons in Washington from 2012-2014.

No coincidence that the Wizards played some of their best basketball in the Wall-Beal era in 2013-14, when Ariza started 77 games, and Washington reached the second round before falling to Indiana. His individual/help defense that season was outstanding.

However, it isn't immediately clear how the 33-year-old Ariza can help the struggling Wizards.

I’m not super sure how much this actually helps the Wizards unless they felt like they just needed to get Rivers and Oubre out and get Ariza (great locker room rep) in.

After reports of the three-team deal Friday, Oubre and Rivers spoke to the media following the Wizards' defeat in Brooklyn.

-- SOUND UPKelly Oubre and Austin Rivers reacted in real time to reports they had been traded -- before the 3-team deal ultimately fell apart. pic.twitter.com/mqJzzptO4Q

“This kind of hit me as a surprise,” Rivers told reporters. “We got 54 games left. I thought we had some more time to get this going together, but you know, they want to go in a different direction, apparently."

This is Washington's second trade of the season, after dealing center Jason Smith to Milwaukee in exchange for forward Sam Dekker
Follow Ben Krimmel and 106.7 The Fan on Twitter.