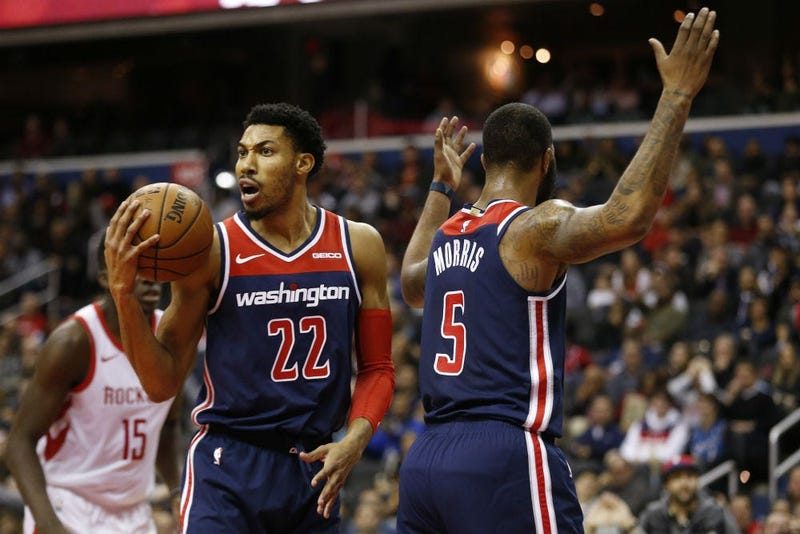 February 7, 2019 02/07/2019 1:33 pm
For Ted Leonsis' Wizards, the roster reconstruction has officially begun.
The Washington Wizards traded Otto Porter and Markieff Morris in two separate deals on the eve of the NBA trade deadline, signaling the team is ready to undertake an complete franchise overhaul.
The Wizards dealt Porter to the Chicago Bulls in exchange for Jabari Parker, Bobby Portis, and a 2023 second-round draft pick. A few hours later they sent Morris to the New Orleans Pelicans for Wesley Johnson. These moves come a day after the team announced John Wall suffered a partially-raptured Achilles tendon in his left leg and may miss a further 12 months. Wall suffered the injury while recovering from season-ending surgery on his left heel.
Porter, who the Wizards drafted with the third overall pick in the 2013 draft, was suffering through his worst statistical season with the team. His trade gets a major contract off the Wizards' books after the team signed Porter to a four-year, $106.5 million contract extension prior to the 2017-18 season.

Do you like the move? I do. Had to move on and doesn’t matter if Portis/Parker pan out. Otto never should have gotten max $. https://t.co/slZHmPwvki

On January 31, while re-iterating his anti-tanking stance, Leonsis said in an interview on WTOP the team would not trade Porter.

“We’re not trading any of those players,” Leonsis said of Porter, Wall, and Bradley Beal.
It is not known if Leonsis knew of the severity of Wall's Achilles injury, suffered in a fall on January 29, when he made those comments.

Created $27M in space next year in the Otto Porter trade. https://t.co/tFicfOr97B

Parker has not lived up to his billing after being selected with the second overall pick in the 2014 draft, losing a few years to injuries. He has averaged 14.3 points and 6.2 rebounds in 39 games for the Bulls this year. He is in the first year of a two-year, $40 million deal, but the second year is a team option giving the Wizards the option of walking away this offseason.

The Wizards did add a veteran in Johnson, 31, who is joining his sixth team in nine seasons. He's averaging 3.7 points and 14.5 minutes per game in 26 appearences for the Pelicans.