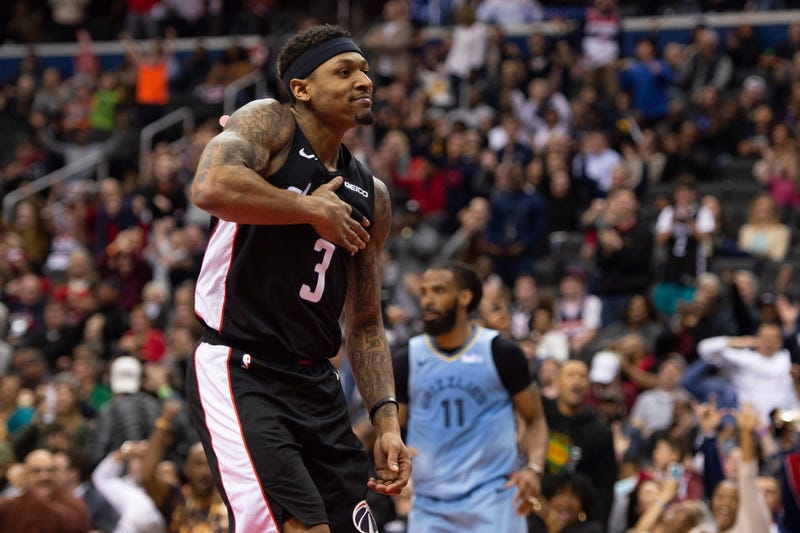 The Wizards are hanging on to their playoff hopes by a thread, thanks in large part to a career-best season from All-Star Bradley Beal.

About eight games ago, Scott Brooks did the math, breaking their remaining schedule down to four give-game series.

"We have to win all the series," Brooks figured, telling The Sports Junkies during his biweekly appearance, presented by Greenberg & Bederman.

"The first series we won three-out-of-five," he said.

The Wizards are ahead in their second series, two-games-to-one, with Utah (Monday) and Chicago (Wednesday) up next to close it out.

Brooks was jokingly asked by one of the hosts if he intends to hold Beal to a minutes restriction down the stretch, or, "Are we just gonna wear his (butt) out?"

"Wear him out," Brooks responded after a hearty laugh. He didn't appear to be joking, if Beal's minutes are any indicator.

Whether the Wizards ultimately make the playoffs or not, Beal – scoring 40 points in each of their last two games – has indeed found another level in crunch time.