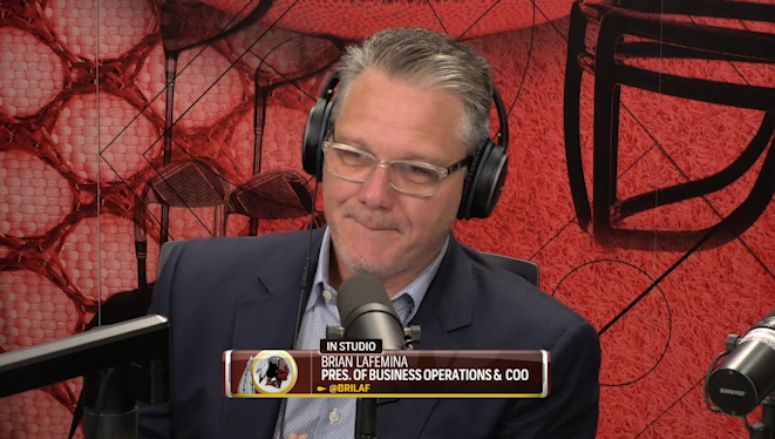 The Junkies were joined in studio Tuesday by the fresh new faces at Redskins Park, business executives Brian Lafemina and Steve Ziff.

Since Lafemina was hired as President of Business Operations/COO in May, the Redskins have worked to reshape their public facing image, notably by reducing concession prices for season ticket holders and killing off the mythical season-ticket waitlist. The team has also launched a novel new initiative: selling individual game tickets.

"While we're talking about the fan experience, which is great, the main thing we want to do, we want to grab back the home-field advantage at FedEx Field," Lafemina told The Junkies. "I've been to a lot of Redskins games over the last several years. I think that's something that maybe isn't as great as it can be."

In eight years working at the NFL, Lafemina led Club Business Development, where he built the team that works to create and share best practices across the league. Prior to that, he spent 22 years at The Madison Square Garden Company, in a variety of roles, starting as an intern and working his way up to the executive level.

And in June, Steve Ziff joined on as Chief Marketing Officer after serving four years as VP of Marketing and Digital Media for the Jaguars. Ziff was also a founding member of the NFL's Marketing Steering Committee, and his previous employers include Major League Baseball's San Diego Padres and the NHL's Florida Panthers.

It was Lafemina who introduced Ziff, a tandem of different voices to inflect a new message on a fanbase grown weary of the old regime.
Follow @ChrisLingebach and @1067TheFan on Twitter