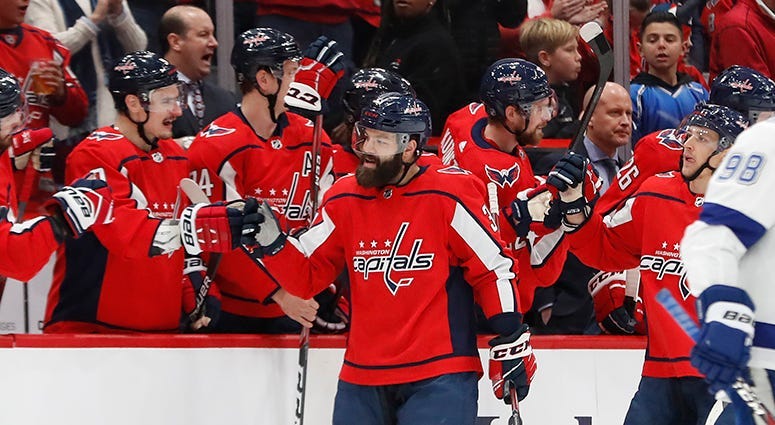 The Capitals continue to roll through their 2019-20 schedule, albeit coming off a two-game skid against the Hurricanes and Islanders.

There's just eight games left before the All-Star break, where they'll have a much-needed eight days of rest before returning to the ice in Montreal on Jan. 27. The Caps still hold the slightest edge over the Bruins as the top team in the NHL, both tied at 59 points apiece, but Washington having played one less game (41).

The halfway point of the season is a good time to take account of where the Caps are, where they're headed, and how they've measured up to pre-season expectations.

With that in mind, The Sports Junkies asked Lars Eller a question about their identity that nearly stumped him during his weekly 106.7 The Fan appearance, driven by AAA.

"Before the season, we talked to Coach (Todd) Reirden and he really wanted to change the persona of the team, for lack of a better term," said John-Paul Flaim. "Do you think that you've found that? Are you actually a different type of team style-wise than last season?"

"Um... Yeah, that's a good question," Eller conceded, pausing to decide how to answer. "I think our team has a little bit – I think at least the bottom six – has a different identity to it than we had a year ago."

"And that's the biggest strength of this team, is we can adapt to any kind of game that's presented out there."

"I would like us to set the tone a little bit more in games," added Eller, "instead of waiting to kind of see what kind of game it's gonna be or what kind of game the other team is looking to play. But I definitely think we have something a little bit different than we had last year, in terms of personnel and identity."

The Caps return to the ice Friday night in Carolina, one of two teams that have seemingly had their number this season.