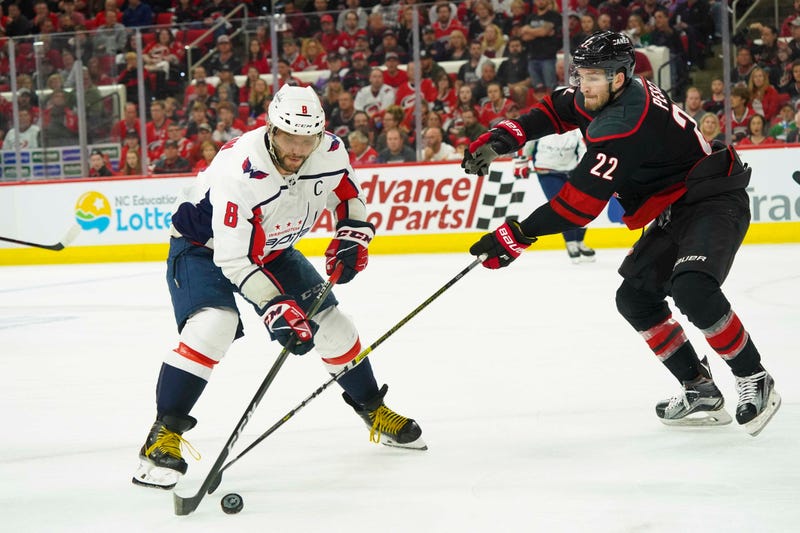 Talk about a cruel turn of events.

The Hurricanes took a 3-2 lead over the Capitals early in the third period of Game 6 Monday night through Jordan Staal.

However, Alex Ovechkin believed he had tied the game at the 10:34 mark, but the goal was washed out due to "goalie interference."

Here's the ruling from the NHL Situation Room on Ovechkin goal that was disallowed. pic.twitter.com/V4TsTH0QQQ

Suffice it to say, the decision was not a popular one in the DMV.

From that angle on @NBCSWashington - I agree with @Laughlin18 that Ovechkin appeared to touch the goaltender pad with his stick first before touching the puck, but as @JoeBpXp pointed out - Mrazek wasn't shoved over the goal line by the contact. I have no idea anymore. Does @NHL?

That's a BAD call. You can tell by the body position that Mrazek doesn't have the puck. That's horsedung. #ALLCAPS

Nothing about that call makes sense.

The Canes added an ENG to make the final score 5-2, while Ovechkin was tossed after voicing too much displeasure.

Alex Ovechkin not happy with the @NHL officials here & in Toronto. Not should he be. @1067theFan #Caps #StanleyCup pic.twitter.com/Mm2bFeHY4N

The Caps and Canes will now face off in a Game 7 Wednesday night at Capital One Arena. The home team has won every game in the series thus far, but D.C. fans are all too familiar with Game 7 heartbreak.

if @The1SportsNerd's math was accurate today during the show the Caps have had 7 game 7's at home since 2008. 2-5 in them. Not exactly inspiring.

The Capitals and Hurricanes are headed to a Game 7, and that might not be great news for the defending Stanley Cup Champions.The Caps are 5-11 all-time in Game 7s, the worst winning pct in the NHL (min. 10 Game 7s).The Hurricanes are 4-0 in Game 7s since moving to Carolina.