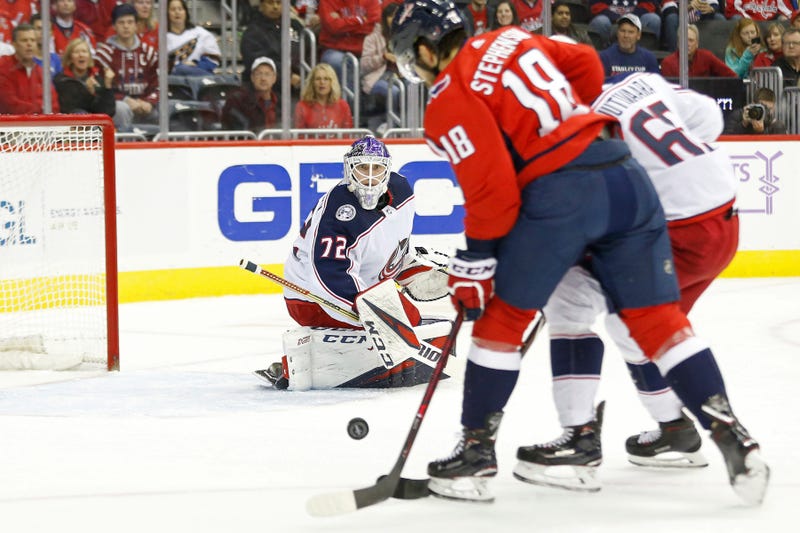 The Capitals have dropped two straight to fall to seventh place in the Metro division heading into Tuesday's game in Minnesota, but they're not hitting the panic button just yet.

"I think we just need to keep doing things that we did well last year and things that helped be successful in the playoffs," Chandler Stephenson told The Sports Junkies on The Morning Skate, presented by D.C. Lottery.

"It's tough because we're not going to be as sharp or as good as we were in the playoffs, just with playing with each other and things like that," he said. "But those things will come. We're not hitting the panic button too soon."

One reason not to panic, Washington's place in the standings is highly misrepresentative. Between first-place Columbus and the Caps, seven teams in the division are separated by just five points. The Caps only trail the second-place Rangers by three points, while four points separate the Caps from last-place New Jersey.

"Yeah. Like I think Todd (Reirden) said before the Columbus game, if we won, we were first in the Metro," Stephenson said. "I think it's pretty tight with everything, with games and stuff like that, so, like I said, we're not hitting the panic button."

The Capitals face off against the Minnesota Wild Tuesday at 8 p.m.