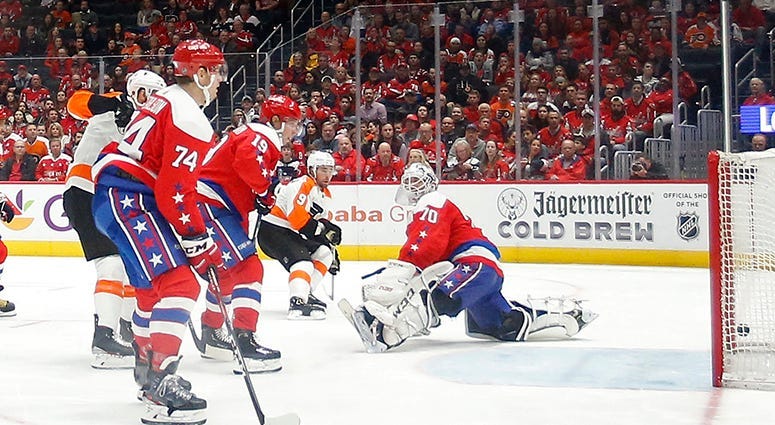 One of the things that's made the Caps' swoon somewhat tolerable is the Penguins' own downturn.

After being neck and neck for months, Pittsburgh suffered a brief implosion at the end of February, dropping six straight games in the span of about a week and a half, allowing the Flyers to squeak past them in that time.

It just goes to show you just how competitive the Metropolitan Division is this season.

"I don't look at the standings every day. I was aware that they have lost quite a few games in a row now, Pittsburgh. Since they played us, I don't think they've won," Lars Eller told The Sports Junkies Tuesday during his weekly 106.7 The Fan appearance, driven by AAA.

"We know it's a very tight division," he added. "I think there's six teams battling for like five playoff spots. Somebody's gonna lose out there and I think it's gonna be tight right down to the last game. It's really a competitive division this year."

Only 15 games stand between the first-place Caps and the end of the regular season. It's not difficult for Eller – an 11-year NHL veteran – to wrap his head around there being a little over a month to go before the playoffs.

"No, it's not," he said. "At the same time, we have our mindset on just not too much thinking about the playoffs right now. We're still a good five weeks away from that."

"Five weeks doesn't go by that quickly, either," he said. "You need to keep your focus on the games ahead of you."

"I know that the playoffs are getting closer," he added. "But at the same time, we're not really there yet."

To Eller's point about keeping focused, Washington has since dropped two straight to the Flyers and Rangers, respectively. The Penguins snapped their losing streak, winning two straight, and Philly's now tied with Washington – in both record (40-20-7) and points (87) – for first place.

In a fiercely competitive Metro, it can happen in the blink of an eye.