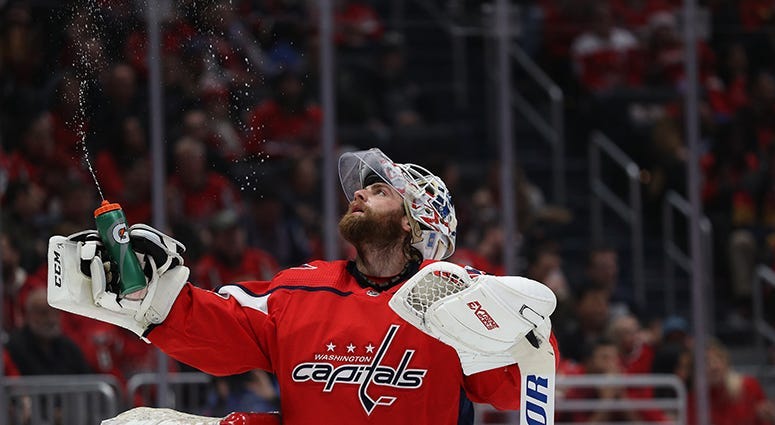 The Capitals are suffering a little bit of a swoon, an inevitability during an 82-game season, especially one in which they've been so dominant up to this point.

It's neither the end of the world, nor necessarily the beginning of a long-term trend. But it is something worth noting. Losers of two straight games and three of their last four, Washington could be showing signs of fatigue or complacency. Or perhaps unseen injuries are dragging them down at this particular moment. It could be any number of things are a combination of all of the above.

It is, however, worth asking the question of why.

"I think it can be a little bit of a couple things," Lars Eller told The Sports Junkies when asked for the culprit during his weekly appearance, driven by AAA.

"Certainly the stuff you mentioned," he said. "When you play 82 games a year, there's gonna be games where you're just not..."

"You're not on top of your game," Jason Bishop interjected. "I get it."

"You're just not on top of your game," Eller agreed. "And then when you have guys collectively being not on top of your game, then you're just more likely to lose games. Maybe that's a little bit of what we've been seeing here. You get a little bit complacent when we played well for a long stretch, and we have, so there's gonna be a little kind of a dip that happens I think to every team.

"Maybe we're going a little bit through that right now. But at the same time, we're playing some good teams too."

Asked how he's feeling physically, Eller replied, "I haven't been hit by sickness like some of the guys here over the Christmas break have. And no, no injuries bothering me at the moment. Hopefully I didn't jinx myself now."

"No, I feel really good. I do," he said. "No reason to think I can't keep carrying that over into the coming weeks here."

The Caps have a prolonged break coming up because of the All-Star Game, with nine days between games against the Islanders on Jan. 18 and the Canadiens on Jan. 27. That will be as good a team as any for the Caps to regroup and gear up for what hopes to be strong finish to the season, with perhaps another long playoff run.

"It's also, we kind of look forward to having a little bit of a break at the end of January coming up here," said Eller. "That'll be a good longer break for everybody to get ready for a really intense last three months of the season."