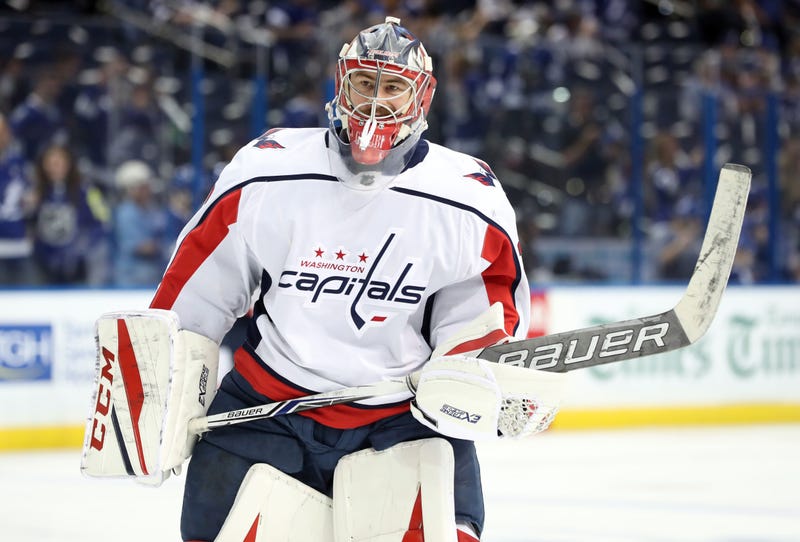 The Capitals have traded defenseman Brooks Orpik and goaltender Philipp Grubauer to Colorado for a second-round pick (47th overall) ahead of Friday's NHL Draft.

The move is seen as an effort to unload salary cap space to re-sign homegrown defenseman John Carlson, who is set to become an unrestricted free agent for the first time this summer.

"We would like to thank Brooks and Philipp for all of their contributions to our organization," said Capitals Senior Vice President and General Manager Brian MacLellan. "Philipp has been a consummate professional and a great teammate and we wish him all the best. Brooks was a great leader and a tremendous role model for our young players in his four years with our organization. This was a difficult move, but the one we felt we needed to make in order to give some flexibility moving forward."

Orpik, 37, signed a five-year, $27.5 million free-agent contract with the Capitals ahead of the 2014-15 season. Critics believed the deal was an overpay, but MacLellan repeatedly asserted that, even at $4.5 million per year for an aging defenseman, Orpik was the type of proven champion the Caps would need to earn a Stanley Cup of their own.

Grubauer, 26, played more this season than in any of his previous five campaigns in Washington. He helped keep the Caps afloat for 35 games (28 starts) – going 15-10-3 with a filthy .923 save percentage – as ingrained starter Braden Holtby struggled through the worst regular season of his professional career.

Barry Trotz made the bold decision to start Grubauer over Holtby at the start of the Stanley Cup Playoffs, but reversed his decision after the Caps dropped the first two games of their opening-round series again Columbus. Grubauer didn't play again in the playoffs. He was selected by Washington in the fourth round (112th overall) of the 2010 NHL Draft.
Follow @ChrisLingebach and @1067TheFan on Twitter