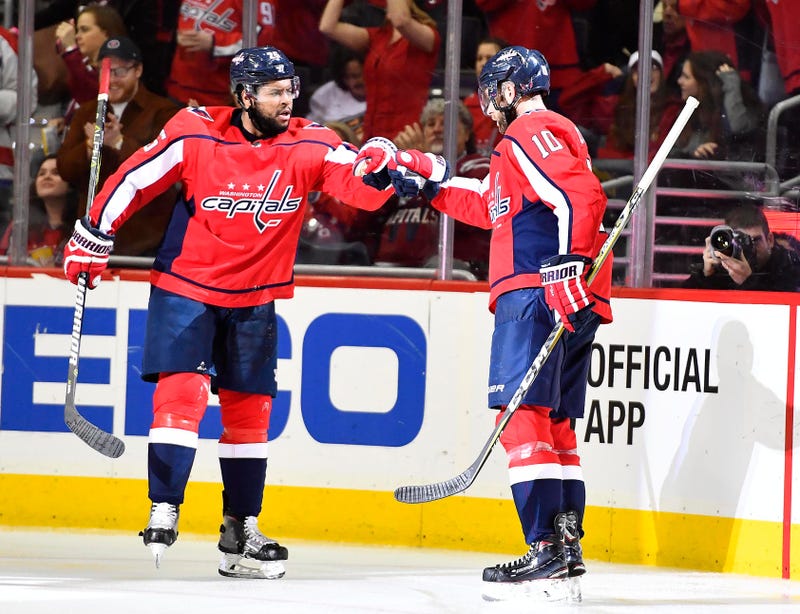 Brett Connolly is among the Capitals players who have declined an invitation to celebrate their 2018 Stanley Cup championship at the White House on Monday.

Connolly and teammate Braden Holtby will abstain from meeting President Donald Trump. There will be no official ceremony or media availability for the team's visit.

Capitals announce there will be no official ceremony or media availability while the team is in the White House. The team will take part in a private tour and will meet the President in the Oval Office.

For Connolly, reaching his decision was as simple as supporting a friend, former Capitals teammate Devante Smith-Pelly, who is no longer with the club after being waived in February, but whose presence still looms large in the close-knit locker room. Smith-Pelly made waves last June with his explanation of why he would decline any invitation to meet President Trump.

"The things that he spews are straight-up racist and sexist," Smith-Pelly told Canada's Postmedia on the eve of winning the Cup. "Some of the things he's said are pretty gross. I'm not too into politics, so I don't know all his other views, but his rhetoric I definitely don't agree with. It hasn't come up here, but I think I already have my mind made up."
The passage of time makes no difference to Connolly now.

Brett Connolly said he stands by his decision not to go to the White House. Said he’s supporting a good friend who he agreed with (Devante Smith-Pelly).

"Everyone is entitled to their own opinion," Connolly told Grant & Danny during his weekly 106.7 The Fan appearance, presented by F.H. Furr. "Our team is extremely close. We have very good chemistry. I don't know if there's anything that's gonna come in between that."

"I'll be one of the guys that isn't going," he said. "Obviously Smith-Pelly kind of set the tone. He's obviously not here right now, but everyone's entitled to their own opinion.

"I've said what I needed to say and that's all I'll say. But, again, I understand both sides and in life you've got to make decisions. I made a decision and that's how I'm gonna go about it. For the guys that are going, I hope they have fun and have a good memory that lasts a lifetime."