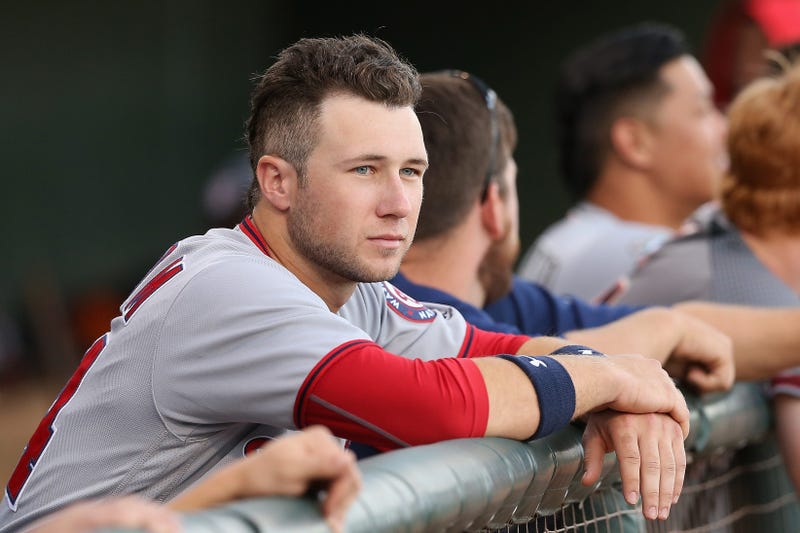 Carter Kieboom headlined the list of non-roster players invited by the Nationals to spring training on Tuesday.

Named the "Best Power Hitter" in the Nats' system by Baseball America, Kieboom once fell a single short of the cycle last August, in one game hitting two homers, a triple and a double with one walk and four RBI. The right-handed slugger is the younger brother of Spencer Kieboom, the 27-year-old catcher on the Nationals' 40-man roster.

Other notable invitees include 18-year-old shortstop Luis Garcia, 24-year-old right-handed pitcher Wil Crowe and 31-year-old righty Aaron Barrett, who's looking to reclaim a big-league roster spot for the first time since 2015. Barrett has spent the past three years recovering from a devastating string of injuries, undergoing Tommy John surgery in 2015 only to fracture his elbow while rehabbing in July of 2016.

Garcia, named the "Best Hitter for Average" in the Nats' system by Baseball America, hit .299 for average between Single-A Hagerstown and Single-A Potomac last season. He hit 21 doubles, six triples, seven homers with 54 RBI, 31 walks and he swiped 12 bags. At 17 years old, Garcia was the youngest player in both the South Atlantic League, and at 18, the youngest in the Carolina League in 2018. He turns 19 on May 16. He signed with the Nationals as a non-drafted free agent in July 2016. He bats left-handed and throws from the right side.

Crowe, selected in the second-round by Washington in 2017 (South Carolina), enters 2019 as the Nats' No. 5 prospect coming off a 2018 season for which he was named Washington's co-Minor League Pitcher of the Year and the Carolina League Pitcher of the Year. Crowe went 11-5 with a 3.40 ERA in 21 starts (22 games) across Single-A Auburn, Single-A Potomac and Double-A Harrisburg in 2018.