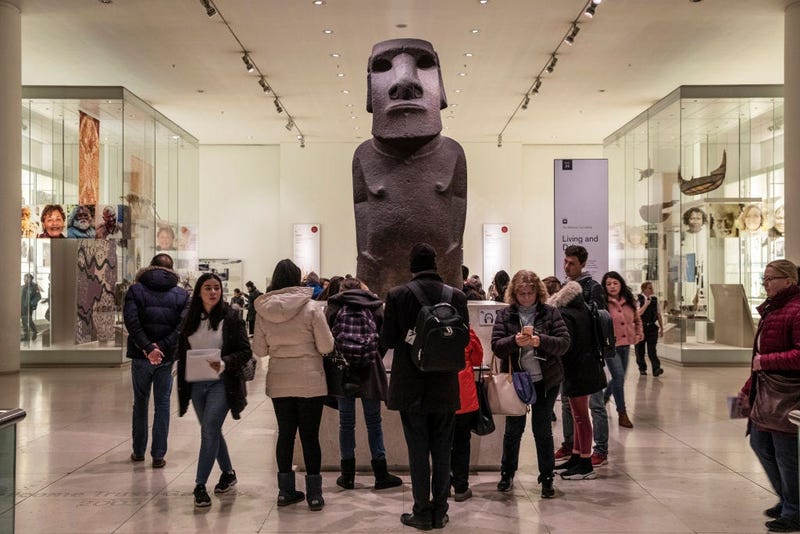 Chad Dukes has a producer that's so outrageously unfunny, he's had to task another producer to serve as his personal humor bodyguard.

Dukes hosts 'Chad Dukes vs. The World' solo, for four-and-a-half hours every single day, you see, which requires an intense degree of focus.

So when Broc Leesnar winds up for one of his never-ending attempts at comedy, Landfill is tasked with strong-arming him out the door, to rid the room of the stale, lifeless scourge on humor.

On Thursday, Broc tried a 'bit' that fell so desperately short of entertainment, that Dukes was forced to take a drastic approach. He not only called for Landfill to bounce Broc from the room, but he needed him removed from his line of vision altogether. The mere sight of Broc was enough to sap the studio of any comedic energy.

So Landfill wheeled Broc on down the old dusty trail, straight into the program director's office.

Just look at this monster sit in his own shamelessness.

He keeps trying to leave. And he won’t stop talking. I don’t know why he won’t just let me do my work and sit here in silence

I never got any salient input on my hummus/refried bean thoughts.

"I never got any salient input on my hummus/refried bean thoughts." Disgusting, isn't it?

But Broc couldn't take his banishment in stride without threatening everybody's livelihood.

The only thing I heard was “I’m too old for this, I have to upload the podcasts, I have to leave the second the show is over, I have to use the bathroom and then file and HR complaint.” RIP to bits.

Yeah, that's the way you get ahead in this business, kid. By threatening to get everyone fired, including your own boss.

The boss did what any manager would do when faced with this blatant insubordination, he blocked the employee on Twitter.

To bring nothing to the table is one thing, but Broc took things a step further, by menacing the room with his deceit.

Broc took to the airwaves to spread lie after lie after lie, even catching himself in one of his own as he blazed a trail of duplicity.

Was in the store and missed that segment. Hope Broc gets the podcast up quickly, although I know he’s busy

The truth is out there, folks. You just have to reach out and grab it.