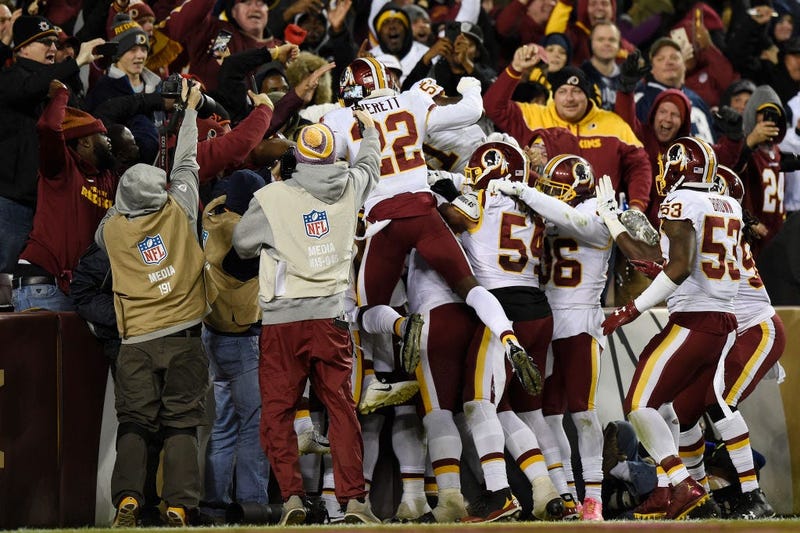 That's two prominent Redskins coming out to say the same thing coming off another road win, a 16-3 victory at Tampa on Sunday, to improve to 6-3 on the season.

Injured running back Chris Thompson has waded in these waters before, and when asked Monday what he thought of Norman's remarks, he tried to stay away.

All he wants is a packed FedEx Field, but understands it's not that simple. Here is Thompson's full response, uninterrupted.

"Nope. I have no comment at all," Thompson said Monday. "I'm not saying anything about it cause ya know, like…it's one of those things, like…as human beings, you can pick out whatever you want to hear in something that someone says, or you can sit down and really look at something and say, 'Okay, what is this person really saying to me? What is he saying to the fan base?'

"And just like like me, I got a lot of negativity out of it. I'm sure Josh is going to get the same thing, and it's one of those things. You have got to sit down and see what he's really saying, and if you can understand what he's saying, he's not – again, just like me – not bashing the fans. We want everybody to come out and support us. That's what it comes down to. At the end of the day, we want our stands to be full of us. At the end of the day, that's what it's all about, and I get, as fans, it's frustrating.

"I've been here for six years. I understand. I know! I've been to one playoff game in six years! But, my thing is, I feel like we're doing good. We're doing good right now. We have a really good team, and what it comes down to is, myself and Josh, we just want it to be packed out and we don't want it to feel like it's 50/50 when we're at our home field and they have as many fans as we do. And I know that's exaggerating, because that's never the case. But sometimes certain situations – we're down, we're losing and their fans are super loud and we can't quiet them. That's obviously based on us having a poor performance. But we just want everybody to be there. That's it. That's it. We want our fans to be out there and just have our backs.

"It's really like, we don't know year in and year out if we're gonna get to a Super Bowl, but every single guy – all 63 people in here – want to win a Super Bowl and that's our ultimate goal. We just want everybody to come out and support us through this journey. If you're a real fan, you're gonna support your team through this journey, not only if we come out and this season we're 9-1 or 8-1 or whatever, and we've dropped the ball and got killed in the three games that we lost – it hasn't even been close – but we still want your support. I don't think any of the Super Bowl teams were undefeated, but they still got the support and that's all we want. And that's it."

Thompson also addressed his rib injury, how he regrets missing so much time this season (he's missed four games), and plenty of other topics. You can hear it all below.