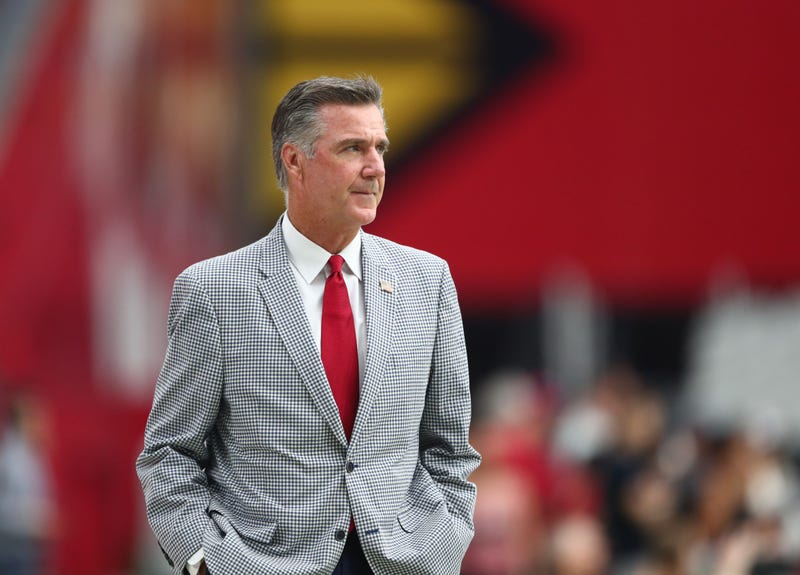 "You hear quietly, quietly – I just want to point out, not from any medical people – that they are concerned in the building that this is going to take longer than they originally thought: 6-8 months," Russell said Tuesday.

"And remember, the Redskins have been bad, guys, at projecting this stuff," he said. "They throw out a number right away and people hang onto that like it's gospel. And they don't know. They don't know. And they put Jay Gruden up there as their corporate spokesman and he doesn't care. Not only does he not know, but he doesn't care."
"So they're pretty much screwed here from the standpoint of… Colt McCoy's not going to be ready for OTAs," he added. "Alex Smith we know is not going to be ready for OTAs, the start of training camp."
"They are so screwed at the quarterback position, and people are going to get mad at me, but I'm just going to say it and they can just deal with it," Russell said. "Kirk Cousins played 49 straight games. He played 49 straight games as the starting quarterback of this team. You never worried about Kirk Cousins getting hurt.
"I mean you always worry, but you never had to worry about Kirk Cousins getting hurt. For all his blemishes, for all the good, the bad and the ugly and everything in between – big games, this, that and the other thing – he was always there."

The Redskins have failed to create their own injury luck, Russell said.

"Sometimes you have to create luck," he said. "We're all unlucky to some degree. But you have to create luck, and the Redskins I think, by their unmitigated gall sometimes with decision-making and thought process, and not having backup quarterbacks, and not having quarterbacks on the practice squad, and letting Kirk go and not dealing with Kirk go when he was first exploding. All of that, I think, is coming back to roost."

Asked if he thinks fans should expected a firing somewhere along the coaching staff, Russell said, "No. I don't think so."

"I have been told, and I have been told this all along since I think I reported this with you guys back in March, that Bruce is very much in trouble," Russell said.

In March, Russell reported that Redskins owner Dan Snyder was "furious" with Allen – having grown "increasingly frustrated with all of these episodes, all of this drama, all of the bad PR" – and that if another "major episode" occurred, Allen could be reassigned from football operations into some sort of stadium development role.

"And I have heard the same thing repeatedly, over and over and over again," Russell continued. "From not only my source but others, indicating that this is very much a reality, that Dan is fed up, frustrated... and for good reason. And Bruce and his way of handling the Doug Williams situation, putting Doug in charge when Doug shouldn't be a corporate spokesman for the front office, all of that.