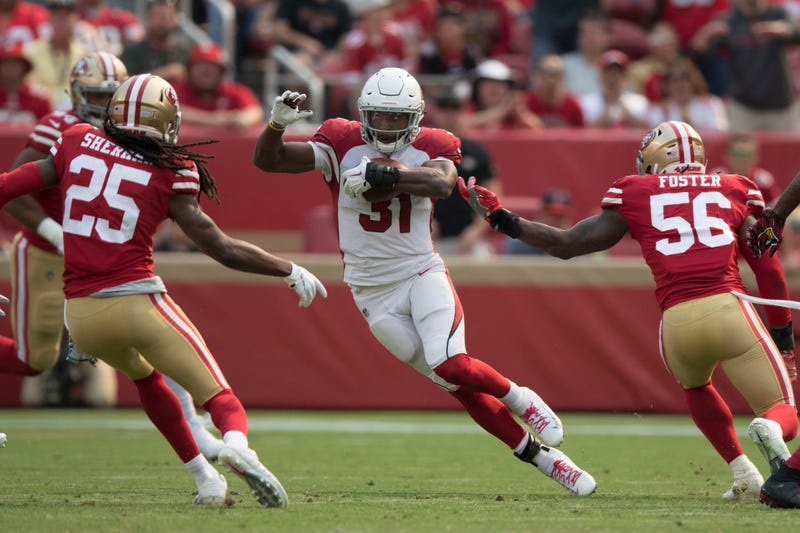 As fans rush to judgment of Reuben Foster, claimed by the Redskins three days after he was arrested on a domestic violence charge, 106.7 The Fan's Danny Rouhier cautions everyone to take a second to let the legal process take place. A call for due process, the foundation of the American justice system.

"I want people to understand something," Rouhier said Wednesday on The Fan. "We're not just sitting up here shaming the victim, because that's what people are gonna hear, right?"

"That's a big problem here by the way," his co-host, Grant Paulsen, noted.

"One-hundred percent," Rouhier said. "We need to default in general to believing accusers, because it's really hard to come forward. In all things."

"But what happens is, any time you say anything, like what I'm about to say, which is 'this woman is not credible,' which is a fact at this point based on things that have happened in the past," Paulsen said. "That doesn't mean you shouldn't believe anything she said. It doesn't mean she never gets to call the police again and that that doesn't need to be investigated."

"But, it does come off like you are shaming the victim," he said. "And the problem is everything gets swept up into this huge thing, where it's not the same as someone just not believing someone you have no reason not to believe. There is a track record here where you have to at least take what's being said as questionable until it's proven factual."

"Two things are happening, and they are in opposite, but they can both be true," Rouhier said. "The thing that happens, the first, is we should take all allegations very seriously. That's 100 percent unequivocal, because: A) there are so many women that don't come forward, whether it's sexual assault, whether it's domestic abuse, whether it's anything in between.

"And there's a million reasons why, and those are documented, and those are important and those are out there. We need to make sure that women are empowered to come forward when things go wrong. We need to not shame them just for the sake of doing so, which happens all too often by the way. It's why so many don't come forward. They don't want to go through the hassle. That's point one."

"But point two," Rouhier continued. "We need all the information to come out. Due process is still such an important thing. I understand it's a legal standard, but it's our own humanitarian standard. It's our own how we interact with each other, Grant."