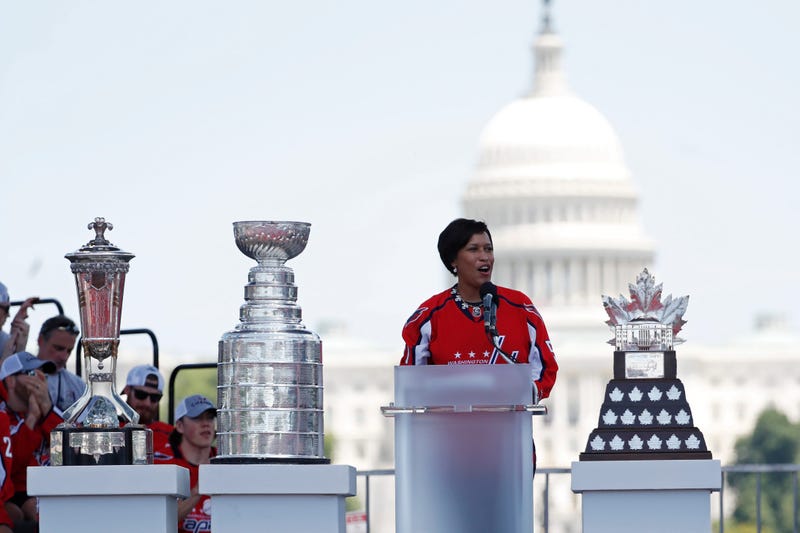 July 16, 2018 07/16/2018 7:42 pm
The Sports Junkies
The Capitals Stanley Cup victory parade will undoubtedly go down as one of the most iconic moments in D.C. sports history, thousands upon thousands of red-clad fans packing sidewalks, streets, and the National Mall to celebrate the franchise's first championship.

Speaking to The Sports Junkies Monday morning, D.C. Mayor Muriel Bowser said the crowd at the parade probably included around half a million people.

While there were many ways pundits tried to quantify the figure – Metro figures was the most popular tool, although those left an indeterminable gap between regular daily commuters and fans actually attending the parade – no public officials have come forward with an official head count, a standing policy in D.C. government.

"We knew how thirsty Caps fans were for a win and a championship in the Stanley Cup, so we prepared, and they delivered," Bowser told The Sports Junkies. "We're not really in the estimating business, but everybody's saying that they thought it was at least 500,000 people out there on the Mall that day."

Now that's a crowd the city can certainly boast about.

"We do big events in our city, from inaugurations to parades to demonstrations. And now we even have sport championship parades, which I'm really excited about," Bowser continued. "It's been a long time since we had a parade in our city, and we need to have another one."

news
People accidentally poison themselves with horse drug while trying to treat COVID-19
music
‘Rebelde’ regresará en Netflix: Conoce el nuevo elenco
news
CDC to announce guidelines for those who are fully vaccinated as early as this week
news
All known variants of COVID-19 have been discovered in Houston
music
Saweetie puts ranch dressing on spaghetti and we just can't
music
Even Britney Spears has trouble getting her kids to pose for a picture