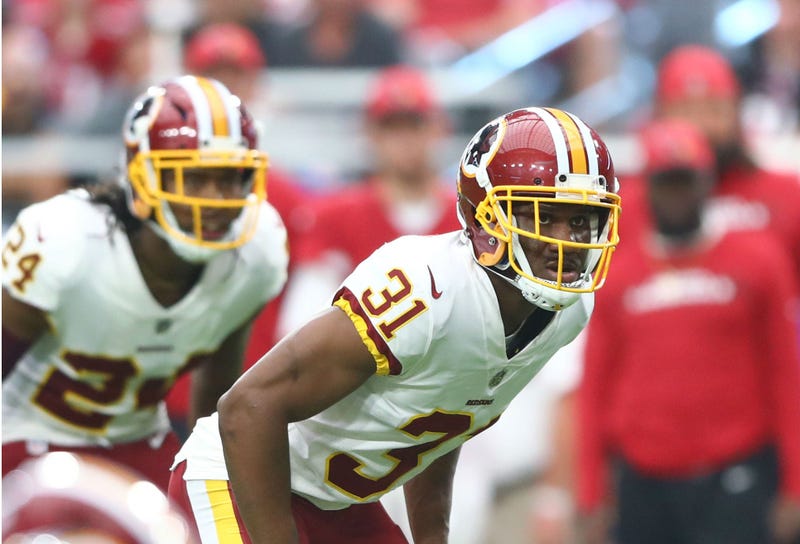 DeAngelo Hall spared no venom for Charley Casserly as he made news on several fronts in D.C. sports this week.

Hall, fresh off his media back-and-forth with Josh Norman – in which Hall said Norman was too in love with his celebrity and not enough with football, prompting a response from Norman, which prompted yet another return from Hall – took to 106.7 The Fan's airwaves to defend Norman against what he viewed as an unwarranted shot by Casserly.
Last week Casserly told The Sports Junkies Norman is "actually the third best corner" on the Redskins right now.

Two radio segments after furthering his back and forth with Norman, Hall defended his former Redskins teammate, saying Casserly comes off "a little out of touch."

"I don't agree with Charley Casserly and his assessment of certain things," Hall told Chad Dukes on Thursday. "I know he has a hell of a reputation and he's done a lot of great things for this organization and for the NFL, but I just think Charley Casserly's a little out of touch. I feel the same way about Bill Polian."

"And that's just me, personally. I could be totally wrong," Hall said. "But I know I've heard Charley Casserly mention me on several occasions and be totally wrong and not know what the hell he's talking about. I've seen him say Kendall Fuller as a rookie was terrible and he needs to not play, and I'm thinking, 'Bro. The dude had microfracture surgery a couple months ago. He ain't even supposed to be out here. Cut him a break.'

"And I remember commenting, like, responding to Charley Casserly saying, 'Man, this kid's going to be a STUD. Give him time. Like, what are you talking about?' And so, he might be right a lot of the times, but I know he wasn't right a couple times that I've called him out and I've seen him. And Kendall Fuller ended up being a hell of a nickel corner for us and moving onto Kansas City. He's part of a not-so-great defense, but he's playing okay."

As for where Norman does rank among current Redskins corners, Hall wouldn't go as far as to say he's number three because "if you say that, then to me, that's a shot."

"Because I heard what Josh said, and I commend him for saying what he said: 'Well, if I'm the third best corner, them other two corners are killer, because I feel like I'm great, so them two dudes must be amazing.' I understand that. That's the way you answer that question," Hall said. "I applaud Josh for answering that question that way. Because I probably would have came a totally different way, like, 'Charley Casserly doesn't know what the hell he's talking about.'

"I don't technically agree with that, because Josh does so many different things that you can't coach, like the way he punches the ball out, the way he uses his hips, his eyes."

"If he focuses on what he needs to do – technique, assignment, alignment – he can be a really, really good corner," Hall continued. "But I guess if you look at that performance in that (New Orleans) game... it's kind of hard to grade Fabian (Moreau), because he wasn't around the ball a lot. Dunbar made some plays. So if you say Dunbar's one, Fabian's two, J-No's three because of that game and that performance, okayyyyy.

"But big picture, grand scheme moving forward, I don't see how he can make that statement and feel confident about it unless he's just trying to make a headline. You know what I mean?"