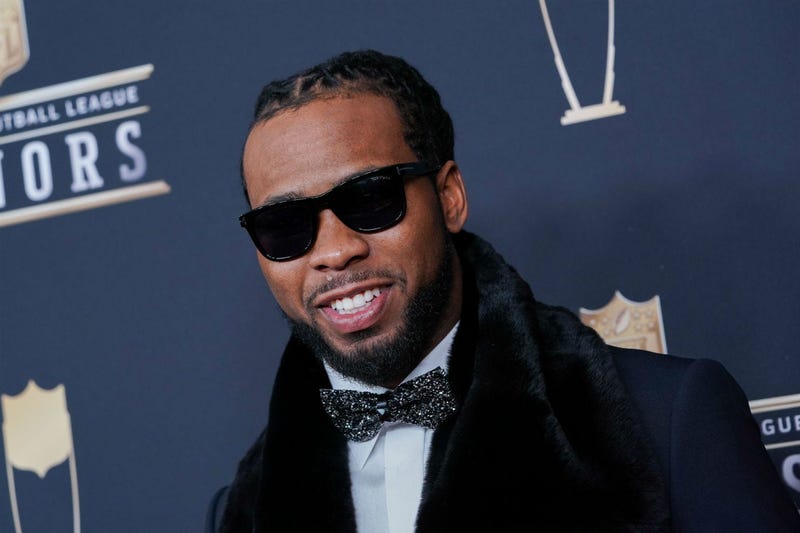 DeAngelo Hall isn't backing down from comments he made about his former Redskins teammate Josh Norman.

Norman was briefly benched by Redskins head coach Jay Gruden in Monday's 43-19 blowout loss in New Orleans. Afterwards, Hall told The Sports Junkies that Norman is "in love with being a celebrity right now and not necessarily being a football player."

"Josh needs to refocus, get back on the grind, get back to the basics technique-wise and really work," he said.

That prompted a reaction from Norman when speaking with reporters on Wednesday: "I don't know what to say. I mean, I seen a little bit where he said I went Hollywood and I can say that's true. I have went Hollywood. I've been Hollywood. Ever since I came out my mama's womb I've been Hollywood. Everybody went right, I went left. That's just how we did it."
Hall defended his criticism of Norman in a 106.7 The Fan appearance with Chad Dukes on Thursday.

Asked if he was going to reach out to Norman personally, Hall said, "To be honest, Chad, I don't feel like I need to. If I feel like the story keeps getting momentum and he keeps commenting on it, and I have to keep talking about it, I probably will, just because it's the right thing to do.

"You know, I was a teammate of this guy for two years. And that's the thing, too, man. Josh said in his comments, 'Yeah, you're right. I am Hollywood. I was born Hollywood.' Yeah... you really weren't born Hollywood. You weren't like a Hollywood dude until you kind of got put on, you know what I mean? Until Odell (Beckham) and you went through y'all's thing. And you kind of got the name and got the fame from that."

"Like, you're not a guy who was a five-star kid, who took a scholarship to the SEC, who played right away, who was a first-round draft pick, who from day one was the guy," Hall continued. "To me, that's the dudes who have been Hollywood since they've come out the womb, not the guys who've worked and grinded, and put in that time to be great and work on their craft.

"Which, ain't nothing wrong with that! I respect those dudes more than the dude's who've had it from day one. I respect the dudes who worked their butt off and grinded to become a great player. That's why I think I rock with Baker Mayfield so much, is because the dude was a walk-on and he balled. He balled, he shined, he put 'em on his back, he did what he had to do against all odds. Because I've always felt like that was me.

"I respect dudes who grind and put in the time," he said. "That's Josh's M.O. He grinded, he put in the time. He wasn't a dude who was highly recruited out of high school, high draft pick, played from day one in Carolina. He was a guy who grinded and worked his butt off to get where he is. I love that about him. I love his competitive nature.

Hall took exception with Norman seemingly implying he's polite to him in person, but as soon as he leaves Redskins Park he's going to trash him for attention.

"It's kind of like, when a microphone is in your face after you leave here, I guess that song is true... smiling faces," Norman said. "It's just quite an experience. You know, it's shocking to me as well."

"I heard Josh say a lot, but I didn't really hear anything," Hall said. "Like, I heard a lot, but I didn't really hear much from what he said. Besides the end part that kind of got me, was him saying, 'Well, you know, you put a mic in a guy's face.' I don't know what that's implying, but anything I'm saying on the mic, I'll say to your face. I'll call you. If you want me to call you, I'll call you.

"I don't feel like I need to, but I will if that's what you want me to do. Like I said, I'm at Redskins Park right now, he'll probably walk out at any moment and see me sitting right here. I'm always up here. I'm not saying something and going to hide under a rock. I'm saying it and I'll look you in your face, and I'll see you on Sunday, because I'll be at the game too."

"Nothing I've ever said has been from a place of malice," he said. "It's been from a place of, 'Look man, I know you can get back to where you want to be as a player, because right now, teams are going to try you, man. And you being benched is just adding fuel to the fire.'

"Whether it was on purpose or not – a lot of people don't know how that transpired – but it happened, they're past that now, and I don't want to harp on that, but it happened and let's see what happens because of that. Let's see how we move forward."

Norman mentioned how Hall was instrumental in recruiting him to play for the Redskins in 2016, when he suddenly became a free agent after his former team, the Panthers, rescinded his franchise tag.

"DHall, he called me when I was coming from the Panthers and he spoke to me. He was begging me, like, 'Come on, J-No. Come over here. We've got everything set up.' And it's crazy, because, okay, I took the visit. And the visit, I was on the plane with DHall. You know. Brought me up. Excited.

"And we even did an interview as soon as I got here, at Mama's Kitchen, I think. I mean, I look up to DHall. I really do. I still do. I mean his kids looked up to me! I'm looking up to him! I heard that, and it's kind of like, when a microphone is in your face after you leave here, I guess that song is true... smiling faces. It's just quite an experience. You know, it's shocking to me as well."

"Yes, I was a big part of getting Josh here and when he signed, I was ecstatic to have this guy as a part of the Washington Redskins organization," Hall said. "And so he's absolutely right there. He's right – my kids look up to him. Him looking up to me – I appreciate that. It's nothing but respect and love. And, like I said, everything I've said, it's been from a place of love and admiration and wanting to see this dude succeed.

"That's the difference between me and a lot of other guys. A lot of other guys talk trash and talk noise because they either want to make a headline, or they somehow want to stay relevant. I want to sit in the background and watch these guys ball. I root for these guys more so than anybody else. I'm actually at Redskins Park right now using their radio station, and about seven, eight of the guys – DBs, everybody – comes up to the door smiling, laughing, videoing me. You know what I'm saying? Jumping up and down: 'DHall, what's up?' Because they know, at the end of the day, I'm going to keep it as real as I can and I'm going to try and be as honest as I can."

"But at the same time, I've played the game, so I understand it's not the end of the world at all," he said. "And like I said, it's not even my opinion. Like, the world saw Josh get benched. It wasn't me saying, 'Oh, he's playing bad. We gotta get him outta there.' I'm reacting to what I saw. I'm reacting to what happened and I'm giving my opinion on, 'Hey look, I think he's worried about other things as opposed to playing football.'

"And, ultimately, if he gets back to playing football and lock in, I know this dude, he's such a competitor, I know he can get back to where he wants to be."