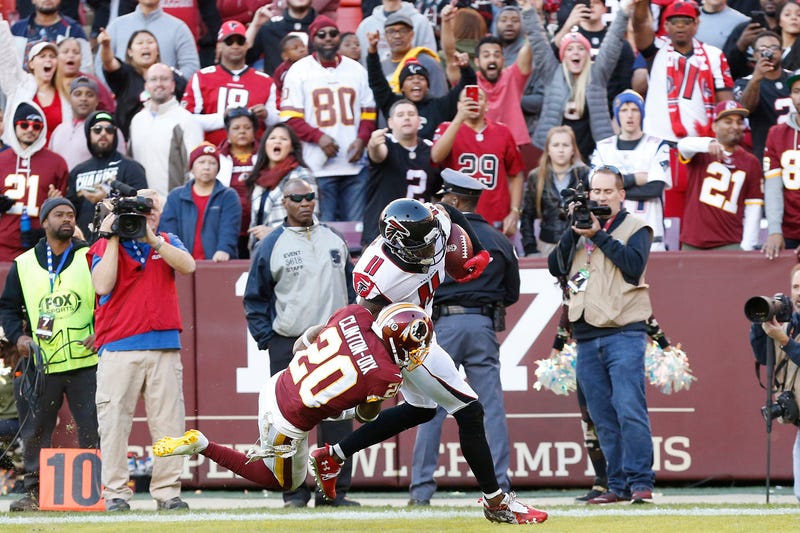 It's hard to argue with acquiring a Pro Bowl-caliber safety for a fourth-round pick, and that's exactly what the Redskins did at the trade deadline when they brought Ha Ha Clinton-Dix over from the Packers.

But with the passing offense struggling, should Washington have been more aggressive about getting another playmaker for Alex Smith?

"As much as I love Ha Ha Clinton-Dix, I was a little disappointed. The Golden Tate trade just made so much sense," Hall told The Junkies Monday. "He's a guy who can catch the ball around the line of scrimmage and give you nightmares."

Philadelphia traded a third-round pick to the Lions for Tate, giving Carson Wentz another weapon on the outside as the Super Bowl champs look to overtake the Redskins in the NFC East standings.

And if you ask Hall, acquiring a pass-catcher like Tate, a three-time 1,000-yard receiver, was an essential move for Washington.

"He's the kind of explosive playmaker that doesn't need a lot of space to be special. Love Ha Ha Clinton-Dix, but man, this team needed another explosive offensive player," said Hall.

"For us not to make that move, I don't even know if we considered it, but that was the guy who I thought made perfect sense for us."