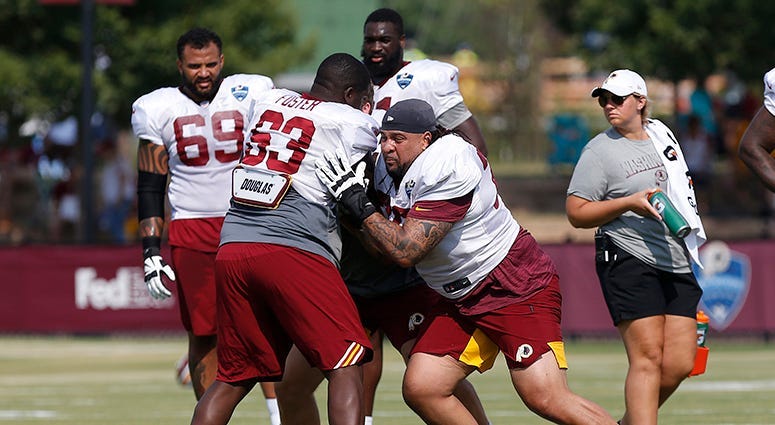 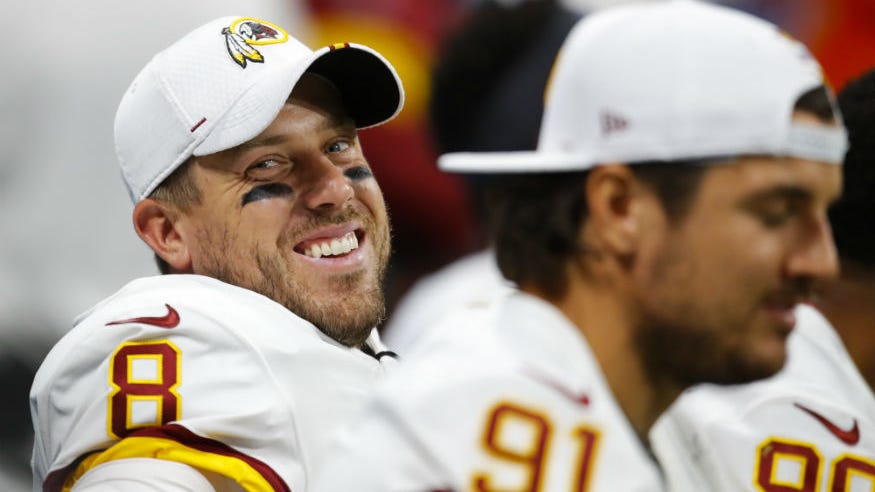 With Case Keenum announced as the starting quarterback this weekend and Donald Penn as his starting left tackle on Monday, the Redskins' depth chart is starting to come together.

"Right now, Donald Penn is probably a starting left tackle, right now," Gruden told reporters Monday. The 36-year-old has been splitting time with Geron Christian, a third-round pick in 2018, since he arrived at Redskins training camp as a late-summer free agent signing at the end of July.

Penn, a three-time Pro Bowler, was brought in when Trent Williams failed to appear at training camp. The Redskins initially had to scramble to replace Williams, having guard Ereck Flowers fill in as the anchor of the line. After that experiment went poorly, the Redskins reached out to Penn, who brings 12 years of NFL experience and was released by the Raiders in March.

"Christian is very good, because he's a versatile guy, (can) play left and right, and you have Flowers that can play left a little bit as well," Gruden said. "Timon Parris has played right tackle. He's done some good things. We have some versatility there."

Asked how Penn's progressed since his arrival, Gruden said, "He's an older guy, but his legs are starting to get under him right now. He's in decent shape for an old ugly body guy, but he's done a pretty good job. He's seen a lot of football, played a lot of football. He knows how to set on these guys. He's not quite where he was when he was 22 years old, but he's still a very functional left tackle in the NFL."

The Redskins host the Baltimore Ravens in their preseason finale on Thursday.