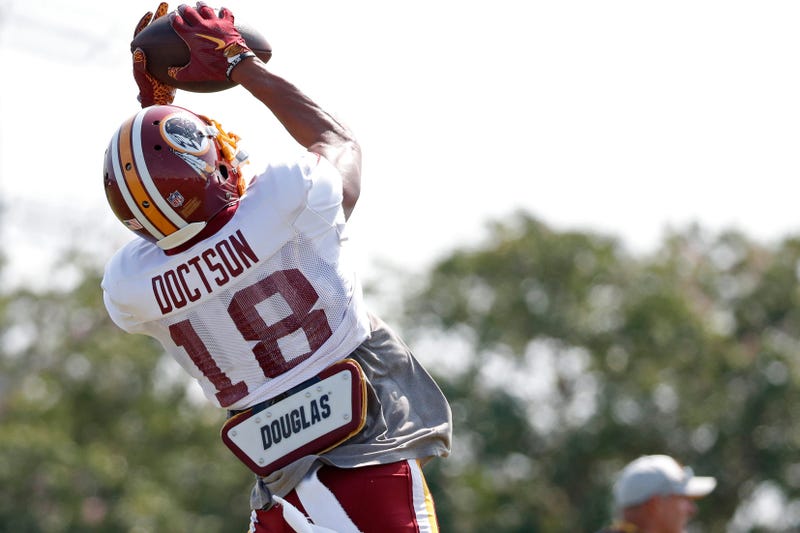 With the notable exception of Adrian Peterson, the entire Redskins offense struggled against the Broncos Friday night, and Josh Doctson was no exception.

Washington's 2016 first-round pick recorded zero catches in the 29-17 loss to Denver, and has just one catch through the first three preseason games.

Eric Bickel of The Sports Junkies called out Doctson during Monday morning's show, saying the pressure's on for the 25-year old to prove the Redskins right for drafting him 22nd overall two years ago.

"It's now or never for Josh Doctson," Bickel said. "It's very rare that a first-round receiver, or wherever the hell he was picked, go and are as unproductive as he is through his first two seasons, and then break out into this awesome career. It rarely happens."

Considered one of the best receivers in his draft class, Doctson was expected to become one of the Redskins' most dangerous weapons in the passing game, but has underwhelmed in Washington thus far.

Doctson played in just two games his rookie season due to an Achilles injury, and in 2017 caught just 35 passes for 502 yards and six touchdowns.

"You can say the first year was blown out because of that mysterious Achilles thing that kind of plagued him all season, and last year was his rookie year. Ok, maybe we can buy that," Bickel continued. "But it's now or never. It's put up or shut up time, and so far he hasn't put up anything."

"Now it's preseason, not gonna get too worked up. But it's time to do it now."