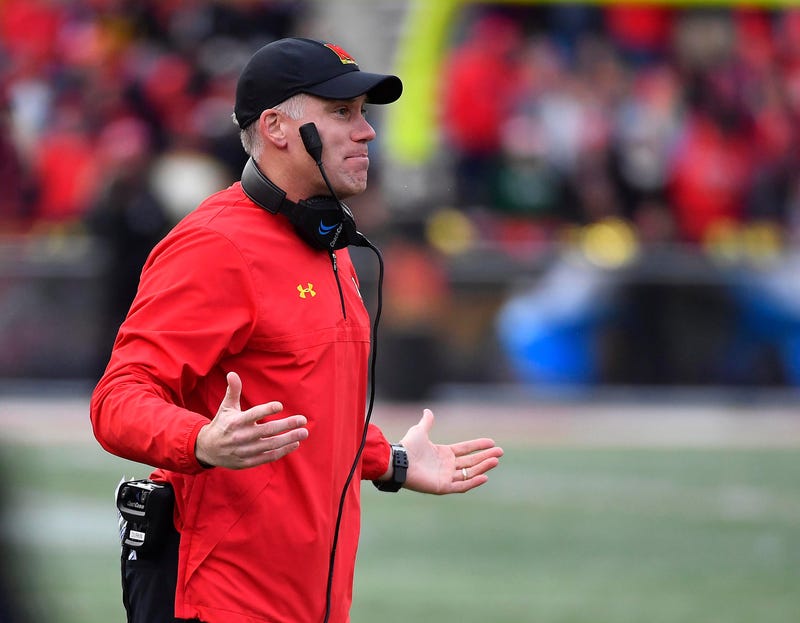 Maryland football finally had something to celebrate on Saturday as the Terrapins upset no. 23 Texas for the second straight season, but behind the scenes things are a "mess," according to Eric Bickel of The Sports Junkies.

During Tuesday's show, Bickel said he had "some skinny" on the ongoing investigations into the death of Jordan McNair and reports of a "toxic culture" within the football team under D.J. Durkin, who is currently on administrative leave.

"They wanted to have this resolved before the first game, but here's the issue: apparently they're not finding any wrongdoing by Durkin," Bickel said. "They want to fire him for cause, right? Just to move on, clean break. But they're on the hook for seven million, and their investigation isn't finding a lot of the stuff. Apparently, even some of the kids are re-canting what they said to reporters, and other kids are all supporting Durkin."

"They just can't find this culture of bullying and demeaning. I mean, he pushed them, there's no question about it, and they were trying to change the culture there. But they're saying this whole idea that it was a bullying, demeaning, abusive culture, they're not finding evidence of it."

FWIW re MD: Hearing the MD investigators aren't find any evidence to fire Durkin for cause. Puts em on the hook for like $7 million. Most players all supporting Durkin. Not finding evidence of this brutal/bullying/demeaning culture that was reported.

The Maryland Board of Regents took over the investigation into the culture of Maryland football and the death of Jordan McNair on Aug. 17, and it was reported the board wanted to fire Durkin, as well as school president Wallace Loh and athletic director Damon Evans. However, the lack of evidence against Durkin complicates matters, says Bickel.

"They can't fire him for cause, right? But it's also gonna be hard to keep him, because how can you recruit with all of this, right? Everyone wants a clean break, but that's seven million bucks they're on the hook for. They're not happy."

"Lot of people within the athletic department want to move on from Evans, they owe him four — even though he's been there a few months, they owe him four million. And they're probably gonna have to give the McNair family they're estimating somewhere between 10 and 20 million. They don't have that money ... they are in a bind."

A major factor in this is the press conference held by Loh and Evans on Aug. 14, during which Loh said the school accepted all "legal and moral" culpability for McNair's death on June 13. An Aug. 11 ESPN report detailed how McNair died of heatstroke after showing signs of extreme exhaustion, Loh saying the athletic training staff "misdiagnosed the situation" and did not take the necessary "safeguard actions."

According to Bickel, the board is not happy with how the press conference was handled.

"They're focused on Loh, because they're livid that Loh went out and accepted legal and moral responsibility before the investigation was complete," Bickel said.

"They are in a freakin' pickle. A real pickle."

Loh is the one losing credibility. MD power brokers outraged that Loh accepted moral/legal responsibility b4 investigation was complete.MD looking at potentially paying $10 million + to fam. $7 mil to Durkin. $4 mil to Evans. Needless to say it's a disaster on every level.