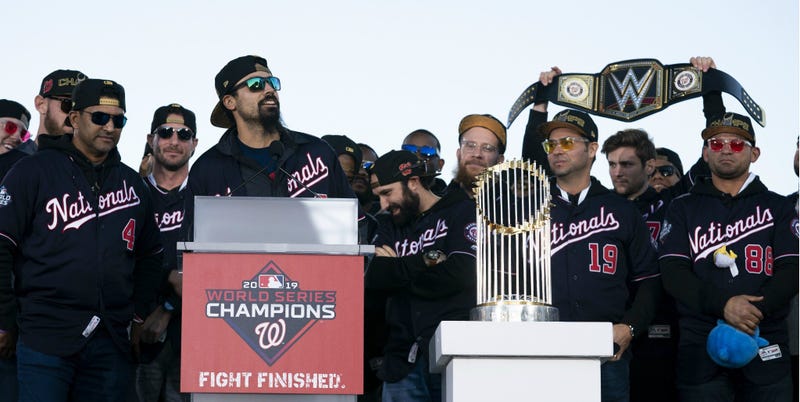 First came the reaction and to the news, now comes the sentimentality: Anthony Rendon, who played 916 games, 6510 innings in the field, hit 136 homers, 245 doubles, batted .290, and slugged .859 over seven seasons has played his final game in a Washington Nationals uniform.
Some people took the news in stride. Some people, like Trea Turner, took to humor. And of course, some looked ahead to the future and what Rendon's departure might mean.

But now is the time to look back and savor what was, the five best moments of Rendon's final season with the Nationals:

In what would end up being the second to last two home wins in his Nationals career, Rendon helped put Washington in their first World Series in decades.

In Game 3, Tony Two Bags had an RBI double in the third and finished the game 2/3 with a walk. And to complete the four-game sweep, he put the Nats up 1-0 with a sacrifice fly in Washington's epic seven-run first inning. And then it was party time.

THE WASHINGTON NATIONALS ARE GOING TO THE WORLD SERIES #STAYINTHEFIGHT

In his first big game of the Fall Classic, Rendon followed a walk from Turner and a single by Adam Eaton with an RBI double off Justin Verlander to center field to put the Nationals up 2-0.

LISTEN: Anthony Rendon's shot off the wall put the #Nats on the board in the first inning.

3. World Series Game 6
With the Nationals facing elimination (again in the postseason), Rendon followed up his act in Game 2 with a RBI single in the first off Verlander to score Turner.
Then in the top of the seventh, after Turner was called out at first base due to interference and a lengthy delay by the umpires, Rendon batted with two outs and took Will Harris deep to left field for a two-run homer. Tony Two Bags would add a two-RBI double in the 9th to give the Nationals a 7-2 win and a shot to win it all in Game 7.
2. NLDS Game 5

The Nationals had never been further than the NLDS and it looked like 2019 would be more of the same.

Then, with the Dodgers up 3-1 in the eighth inning of Game 5, Rendon (and then Juan Soto) took one of the best pitchers of this generation, Clayton Kershaw, deep. All setting up Howie Kendrick's extra-inning heroics.

1. World Series Game 7
Rendon's biggest moment from last year came in his final game for the Nats. With the Astros' Zack Greinke cruising, Rendon got the Nationals on the board with a solo home run in the seventh inning to cut the lead to 2-1 and set up the Nats' 6-2 win. And with that, the Nationals were champions of baseball. 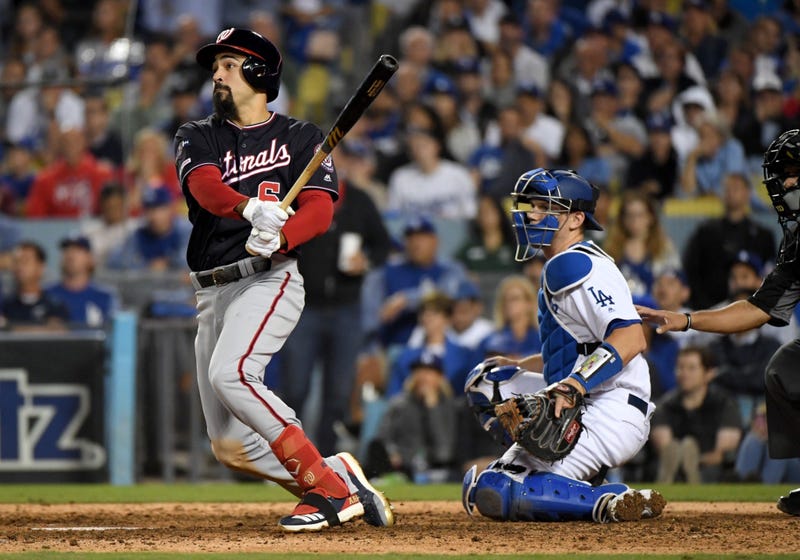 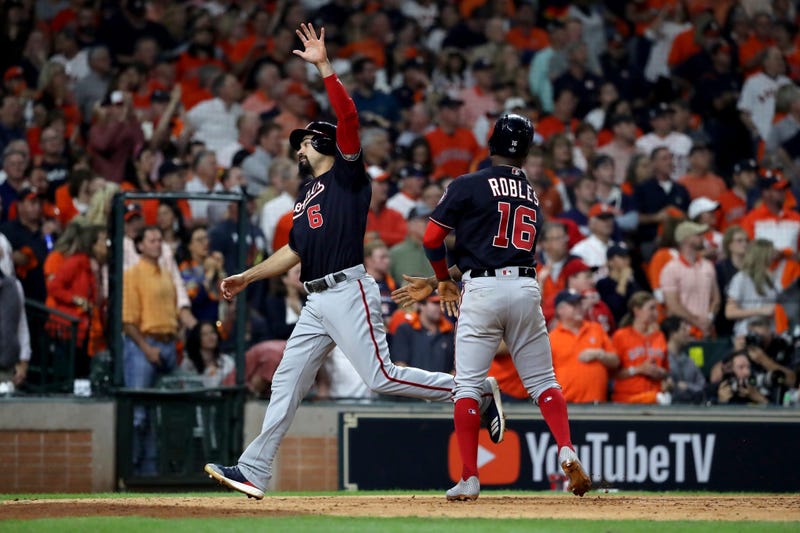 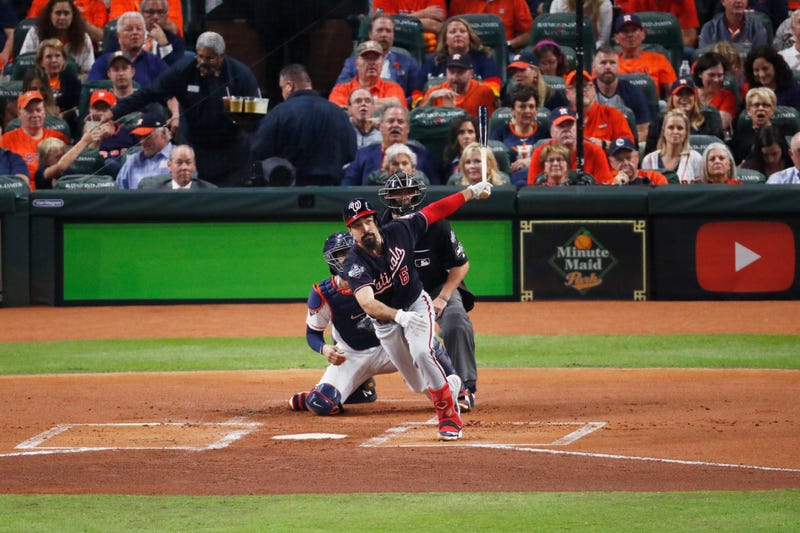 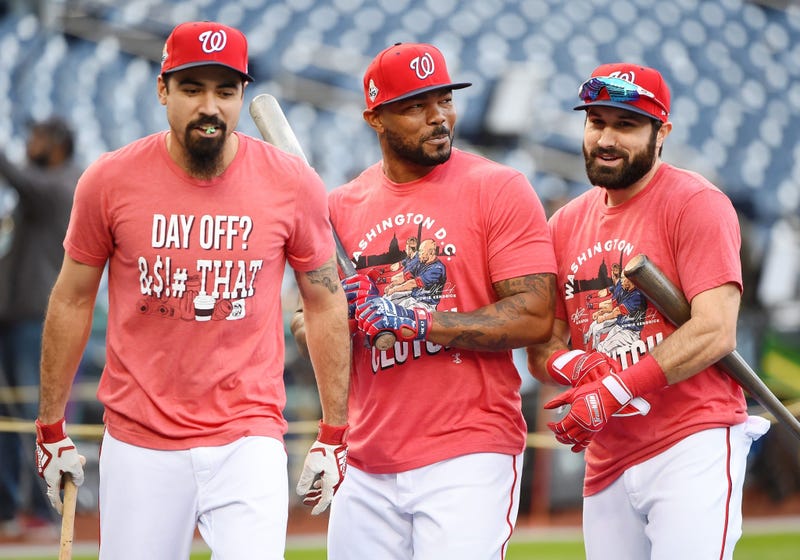 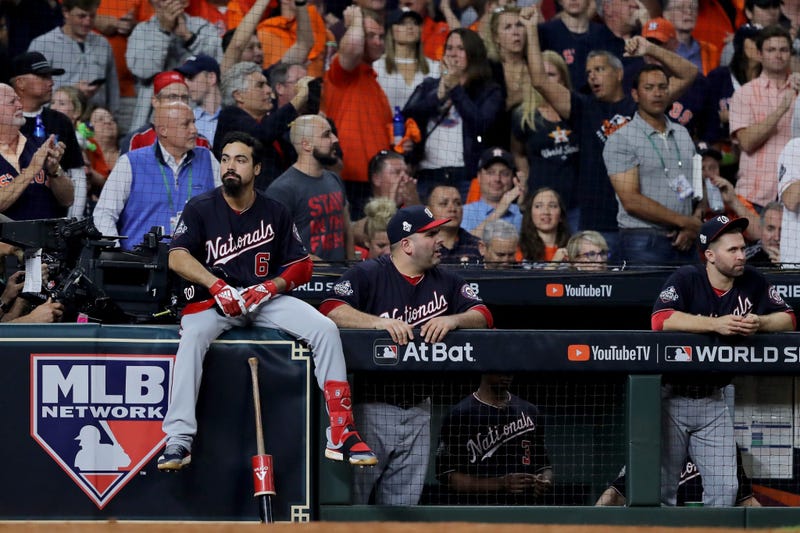 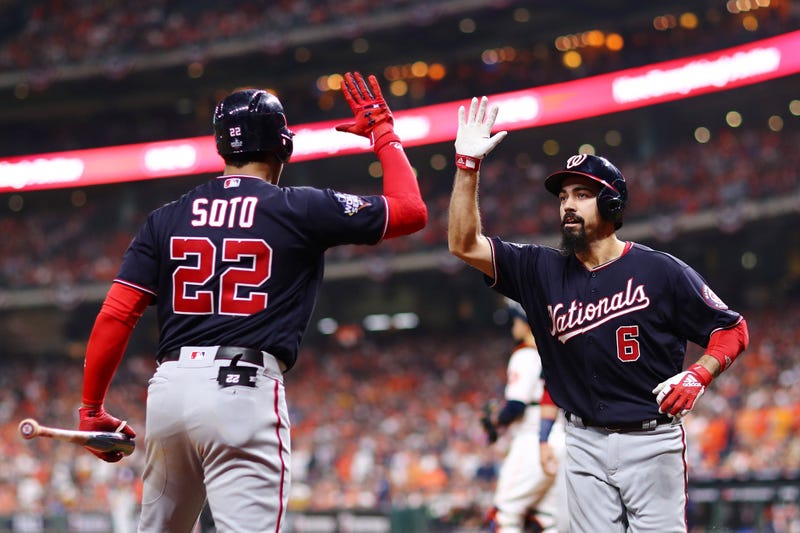 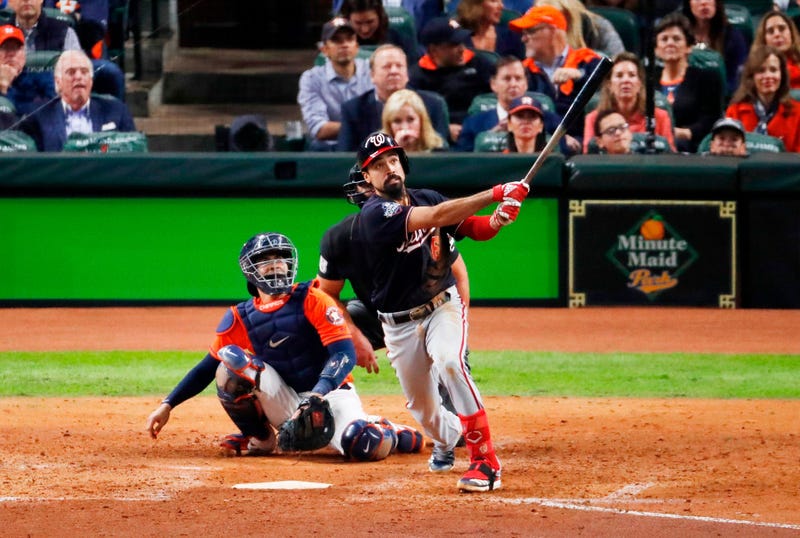 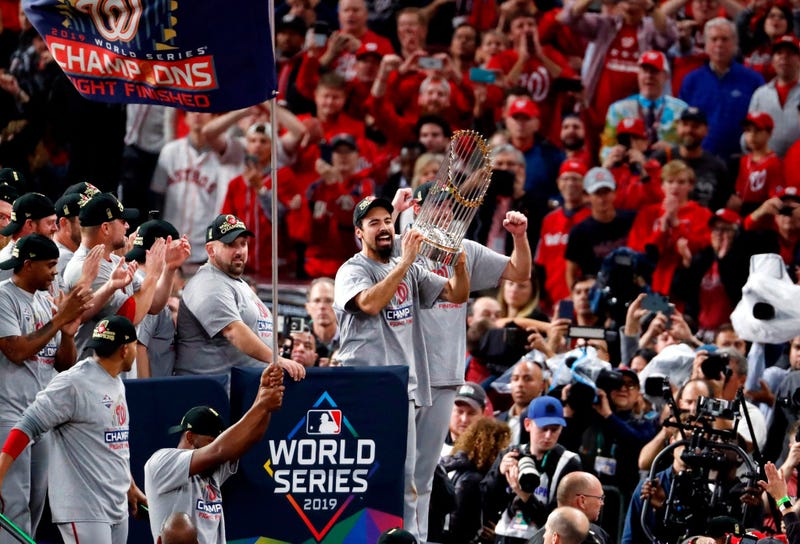 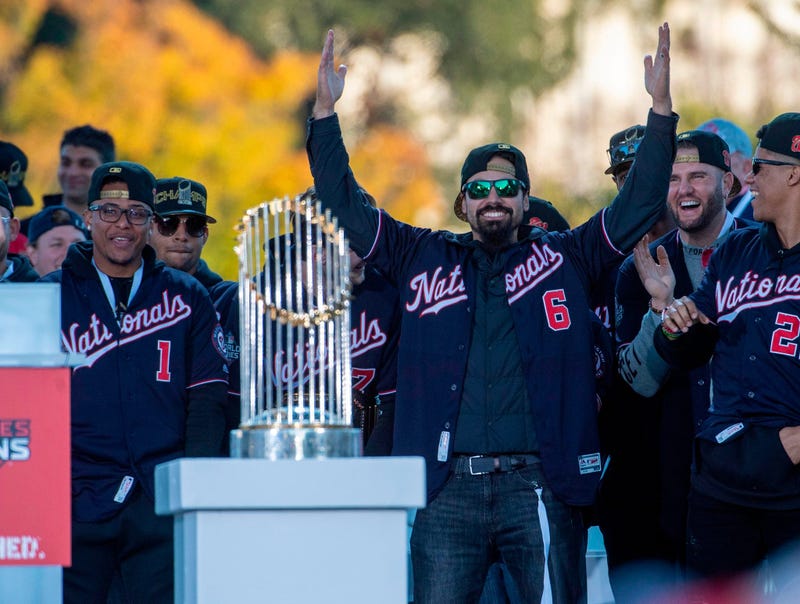