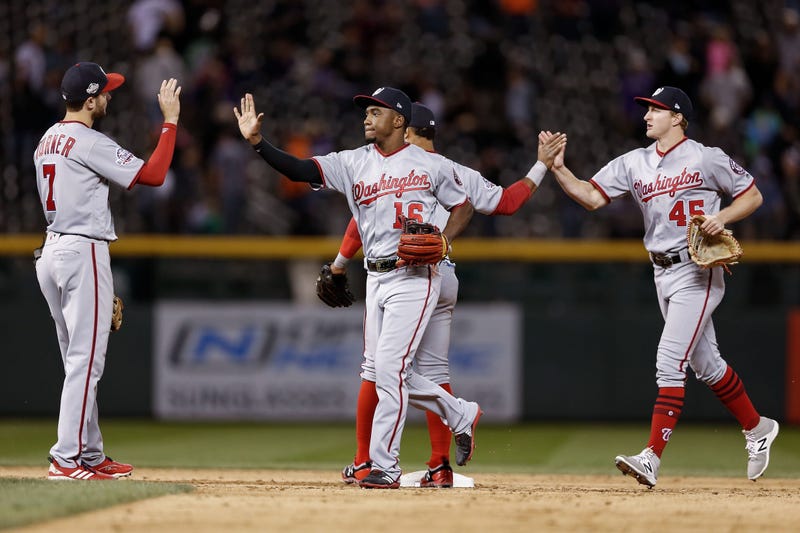 Don't leave the light on for Bryce Harper. The Washington Nationals outfielder is not coming home.

Harper said all the right things in his exit interviews. I've covered hundreds of pending free agents who all read from the same script. They love it here. The fans are great. They hope to return. And then they don't look back.

It's always about money, even when the difference is often modest. No one can blame players for seeking the most money, but sometimes the difference is just enough to prevent the player from returning to the locker room looking like a failure. Sometimes, the best deal is staying for less.

Harper seemed like someone taking a final look around when wearing his uniform three-and-a-half hours before the team’s final home game on Wednesday. A sense of melancholy gripped the 25-year old, who knew he was leaving his first adult job for a better one.

Certainly, the Nats will seek to keep Harper, and reportedly get the first chance to speak to him before free agency begins. But the Lerner family isn’t stupid. They're not paying Harper insane money, especially when Harper has not proven himself to be the best player of his generation. The outfielder is entering his prime, but $400 million or so greatly restricts building around him, and Harper isn't worth it.

Harper is just one of Washington's several needs if they are to rebound next year. The Nationals ended an underwhelming 82-80 season on Sunday with a 12-0 loss that was emblematic of their season. The roster had no sense of urgency, no intensity. It was like entitled people who think good things will just come to them because they're talented.

Washington needs at least one more starting pitcher and reliever. Two starters would be better. The Nats need a catcher. And they need to decide if first baseman Ryan Zimmerman, at age 35, may be near the end of his career after serious injuries four of the past five years.

The Nats' offseason list begins with Harper, but certainly doesn't end with him. Good thing, because his path to home looks murky at best.