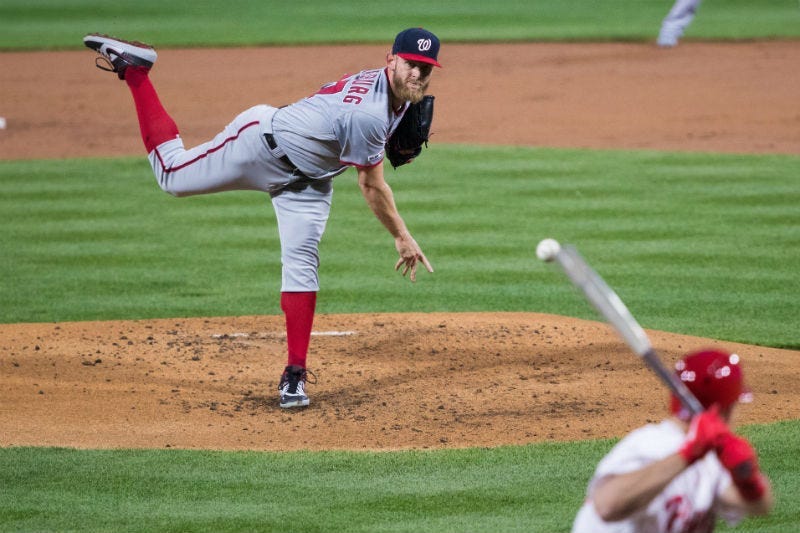 The regular season is a grind, but never before have the Nationals been up against such a war of attrition in the NL East.

The Nationals, Braves, Phillies and Mets all have the roster depth to win a division and they'll be slugging it out with one another all season. "This thing is gonna be a meat grinder the whole way," as Nats GM Mike Rizzo put it.

The first two weeks of Washington's season have far more resembled the intensity of September division games than those of early April. The Nats fared well in those opening series, going 3-3 against the Mets and 3-2 against the Phillies, despite significant bullpen challenges.

Are the players themselves surprised how quickly the season has swung into full gear?

"Maybe a little bit," said Nats closer Sean Doolittle during his weekly 106.7 The Fan appearance, presented by Lindsay Volvo Cars of Alexandria. "We knew this was gonna be the case."

"It's great feeling like you're getting thrown right into the fire and you're playing really, really meaningful games right out of the chute. A lot of times, you get really amped up for Opening Day and then there's kind of a lull as you settle into the long grind of the season. Playing some of those games in those atmospheres against division teams – when you know every win really, really matters – it's a lot of fun."