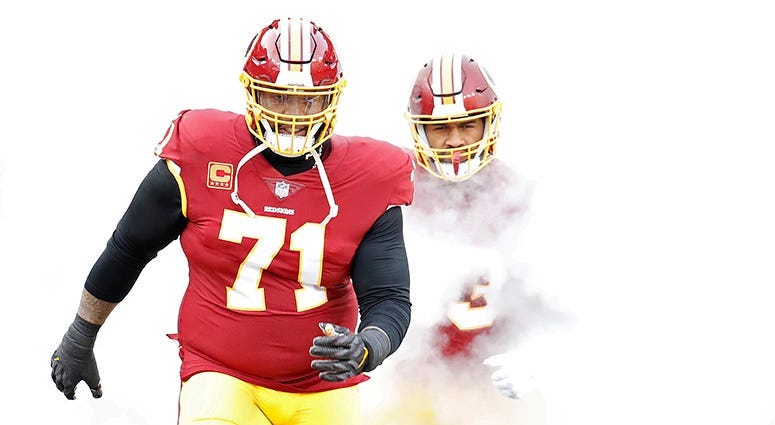 The Redskins have been without their star left tackle all summer, with Williams believed to be seeking either more money or a trade, after growing distaste for the organization over how it handled a recent health scare.
Williams – a seven-time Pro Bowler and team captain – has been a cornerstone player for the Redskins for the past nine seasons, since going fourth overall to Washington in 2010. He had a growth or tumor removed from his scalp early this offseason, an operation that has led to multiple follow-up cosmetic procedures.

Williams is believed to be upset with the medical staff's initial diagnosis. After seeking a second opinion, he learned the growth had the potential to become cancerous and had it removed. He's since been given a clean bill of health.

Publicly the organization has remained adamant it does not intend to trade Williams. Redskins coach Jay Gruden reaffirmed that sentiment on Monday, as his team approaches its preseason finale this week.

"With Trent Williams, you had said at one point earlier this summer that you felt you would seriously doubt that you guys would trade him," a reporter probed. "Do you still feel that way?"

Rumors have swirled heavily about other teams' interest in Williams. He's still a Redskin. Even if in name only, the Redskins plan to keep it that way.