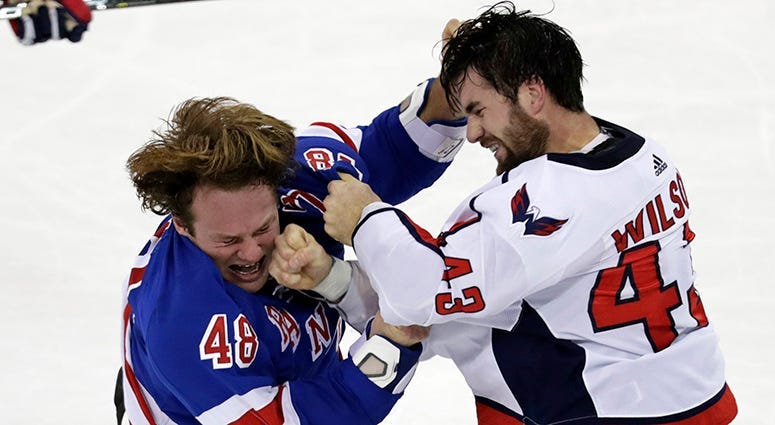 Capitals defenseman John Carlson says the NHL would have its own way of policing players caught cheating, if an Astros-like scandal were to hit hockey.

MLB Commissioner Rob Manfred left baseball fans seething with his comments regarding the punishment administered to the Astros after they were caught using video technology to steal signs in real time during games. Manfred stopped short of punishing the players involved directly, instead suspending Houston's GM and manager, both of whom have since been fired, while also docking the Astros of future draft picks.

That punishment was handed down over a month ago, but with full squads reporting to spring training over the past week, players around the league had their first chance to speak on Houston's high crimes, ripping the wound wide open all over again. Many players took particular exception to Manfred's poor word choice used to explain why he wouldn't be vacating the Astros' 2017 World Series title.

"The idea of an asterisk or asking for a piece of metal back seems like a futile act," Manfred said rhetorically in defense of not stripping Houston of the World Series trophy, which, ironically enough, is called the 'Commissioner's Trophy.'

Even worse, the commissioner actually threatened stiffer punishment for opposing players attempting to retaliate against the Astros than the Astros players ever received themselves (to date: zero punishment).

The Caps' close relationship with the crosstown Nationals, who became World Series champions in 2019 after beating the Astros, is well-documented. Both teams celebrated their own championships in their respective sports in the other's stadiums. Carlson was asked for his insight into the Astros' cheating scandal during his weekly 106.7 The Fan appearance with Chad Dukes, which is presented by The Purple Heart.

"I think that's the really hard part in terms of trying to see how far it stretched and how much of a difference it made," Carlson said. "I know that it's definitely not a great look for all of baseball and certainly them, but just in terms of taking everything away, I think that's the really tough part to decide what's enough of a punishment. And let's just punish them a little bit and move on, and hopefully start going in a different direction."

"I imagine if something like this happened in your sport, there would be some self-regulating once that team got back out on the ice, if you know what I mean," Dukes jabbed.

"Yeah. That would definitely be the case," said Carlson. "Especially in a lot more of a contact sport than baseball."

Back to his own sport, the Capitals acquired another defenseman this week in Brenden Dillon in advance of the NHL's trade deadline. Washington's alternate captain, Carlson will now serve a vital role in helping Dillon feel comfortable in his new locker room.

"I think the first thing is just welcoming him to the team," Carlson said. "Even guys that have been here, the more comfortable they feel, the more fun they're having, the better they're gonna play on the ice, and I think that's the biggest one. The on-ice stuff with systems and trying to get a feel for the players, that will kind of progress organically, I would say, with a little extra work here and there.

"But just about making him feel at home and having fun with a good group of guys that we have right now, and I think the rest will take care of itself."

"It's good to have him," Carlson added. "I think he's a good, solid player and can move the puck and play real physical. You know, I got a text from Joel Ward this morning giving him a really good endorsement, so that's always good from a quality guy like him."

As for GM Brian MacLellan making a trade, it's hard to add to the roster without also admitting something was missing. And Washington's defense has been a mess these last 20 games, averaging 3.4 goals against while allowing four or more goals on nine separate occasions in that span, during which the Caps have gone 10-10.

"I think everyone probably has a different impression as it pertains to themselves, and I think it's definitely a kick in the butt for everyone to, when things aren't going good, we're not just settling with what we have and try to figure it out," Carlson said. "I think that can be a real positive indicator for a team, to kind of clean some things up and start playing with a little bit more passion."

"And we all get the business side of it," he said. "I mean, we've had six defensemen for most of the year, so we figured that's probably not gonna be the way that we go into the playoffs with only six defensemen. I think at this time of the year, guys know what's around the corner.

"It's not the best feeling one way or another, if you're getting a guy or whether you might be getting traded. It's definitely a little uneasy as a player to kind of wade though these couple weeks here, but from our perspective, now we move forward and we got a new guy on the team that we need to harness and get the most out of all of us."