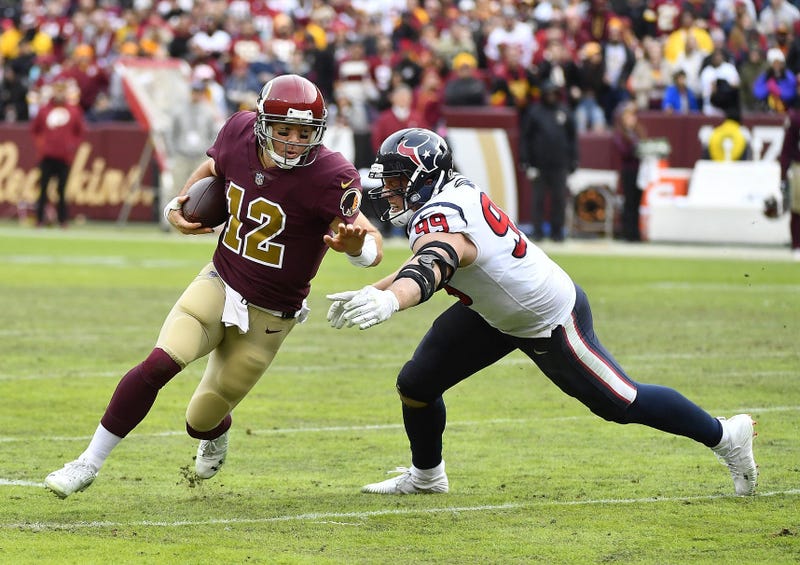 Jordan Shipley knows Colt McCoy better than almost anyone, and according to him, McCoy has all the talent to lead the Redskins to the playoffs.

Shipley played wide receiver at the University of Texas while McCoy was the Longhorns quarterback, and the pair roomed together for three years.

"He's the kind of guy that everybody else looks up to when they're out there, and they know they're gonna get everything he can possibly give in order to helpt them win the football game," Shipley told Grant Paulsen and Danny Rouhier Tuesday.
"He's generally successful wherever he goes, because the people around him play up. When he's in the game, it's not just that you've got to elevate your performance at that position, but everybody else somehow seems to be better also."

McCoy struggled in his first few seasons with the Browns, which Shipley blames on Cleveland being "the worst situation in the NFL" at the time. But he's been given another opportunity to start with Alex Smith out for the year, and Shipley says to expect his best.

"I know he's a starter-caliber player in the league, and if he can get enough reps under his belt just to get comfortable and get in a rhythm, I think you're gonna see really big things from him," Shipley said.

"I know that he believes he can play as well as anybody, and I know that, too. It's gonna be exciting to watch now he's gonna have an (opportunity). The main thing is, Washington and Colt both need to stay ... healthy."

As for McCoy's homecoming to Texas Thursday for a Thanksgiving matchup with the Cowboys?

"Look what happened last time he went and played the Cowboys on the road," Shipley told Grant and Danny. "I think they're gonna come in and get a big win this week, and I think you're gonna contine to see him progress."

"If comes out and starts well and gets his rhythm going, I think you're gonna see them win several games down the stretch. I don't think anyone's gonna be disappointed in what they see from Colt McCoy."