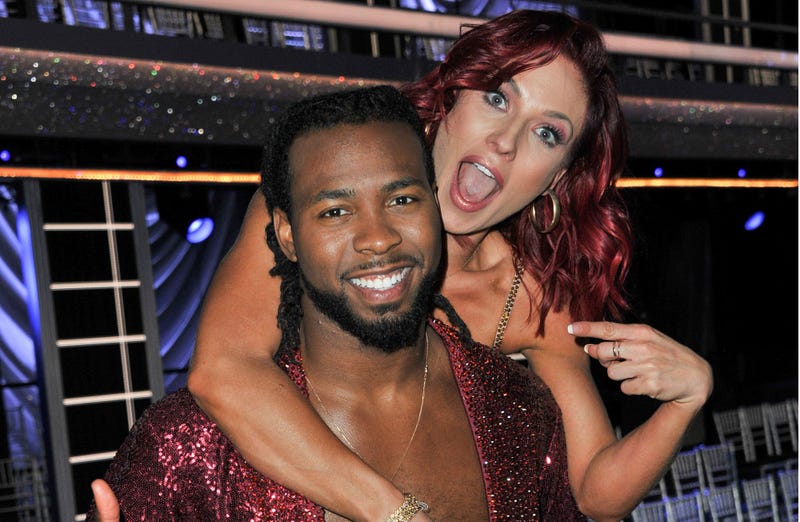 October 10, 2018 10/10/2018 11:20 pm
Josh Norman offered an extensive response to some of his public critics on Wednesday, namely Charley Casserly and former Redskins teammate DeAngelo Hall, who told 106.7 The Fan this week Norman is "in love with being a celebrity right now and not necessarily being a football player."

"When the lights came on, that's just who we are," he said. "At the end of the day, DHall, he called me when I was coming from the Panthers and he spoke to me. He was begging me, like, 'Come on, J-No. Come over here. We've got everything set up.' And it's crazy, because, okay, I took the visit. And the visit, I was on the plane with DHall. You know. Brought me up. Excited.

"And we even did an interview as soon as I got here, at Mama's Kitchen, I think. I mean, I look up to DHall. I really do. I still do. I mean his kids looked up to me! I'm looking up to him! I heard that, and it's kind of like, when a microphone is in your face after you leave here, I guess that song is true... smiling faces. It's just quite an experience. You know, it's shocking to me as well."

"But like I said, I respect him and all he's done for this organization, even when he played in Atlanta," he said. "It is what it is. Like I told you, I'm a hot button. So if you're gonna press it, you're gonna get something out of it."

John Keim of ESPN followed up: "The implication seems to be too, though, are you putting more time into being a celebrity than the work here? Do you think there's any drop off in what you've done in the past?"

"I don't know. I guess when I came here, too, you guys was worried about if I was going to do Fox or not," Norman said. "Right? That was going to be a problem. You wasn't worried. Everybody else was worried if Fox was going to work out and me playing ball. Well I guess I've been doing it. Now it's my third year, and I guess those things were put to bed.
"But if you're going to sit here and tell me that I don't have something else to do outside of football? It's football time, I'm going to do football. I'm going to be indulged in that. That is like what we do. That's who we are. Like, we work at that. We didn't get here by mistake. But outside of football, you're gonna tell me I'm just supposed to do football outside of football? Or can I do something else? I don't know."

"I mean I don't know if I'm supposed to live my life with a football helmet on when I can retire from football," he continued. "See where I'm going? I don't think I'm supposed to do that. If I am, please someone tell me. I mean, because if I have something to express because I'm a boisterous person, then I'm going to do that in that realm, in that area. Because I can. A lot of people can't, so they don't, or they're afraid.

"But I'm not, because I'm totally different from people. And if I'm different and if I feel like I want to do something, I'm going to do that. So if you call that Hollywood, so be it. Guess what? I'll get my check from Hollywood and I'll come back and I'll play ball. That's just what we do."

"I look at those things and I have to take into consideration what's important to me. And this is first and foremost. This is the first love, man," he said. "It's God, family and football. Nothing more and nothing less. And what I do outside of that is my extracurricular activities."

Fighting through the laughter, Gruden said, "DHall said that? I gotcha. No, I don't think so. I love DHall, but damn."

"I don't think so. I think when things don't go well, there's gonna be a lot of reasons why," he said. "But I don't think that's a reason at all. I think the communication wasn't up to par, and that goes for everybody – the safeties and corners and linebackers. Too many guys wide open. There were some Josh's fault; there were some DJ; there were some of everybody's fault, coaches, whatever it might be. But that's got to get cleared up."
Former Redskins GM Charley Casserly was also critical of Norman, last week telling The Junkies the 30-year-old is "actually the third best corner" on the team right now.

"I'm waiting for people to go challenge him more," Casserly said. "Fundamentals are killing him on his press technique, and being disciplined. He never was the most disciplined guy. He's very competitive, he's just not doing a good job with his hands on press."

Asked for his response to that, Norman said, "I'm a target, man. I am. I'm a hot button. You press it, you're gonna get a ring. I mean, trust me, it don't come with what I've done, what I've accomplished, the number that you get. And we've been hefty with the number. It comes with the territory of where we're at, you know what I'm saying?"

"If I am the third best corner, guess what? I'm pretty sure those guys are going to be great, those other two, and I'm pumping up for them. I really am," he said. "I'm excited for what they are and what they can do and their abilities, because guess what? We're going to need that. And if I'm slacking, and if I'm that way, and then guess what? Those guys? Hey man, we're gonna be a great football team. We're going to be a great secondary, because I know what I can bring to the table and I know what those guys are bringing to the table, so I'm excited for what they are and who they are going to become."