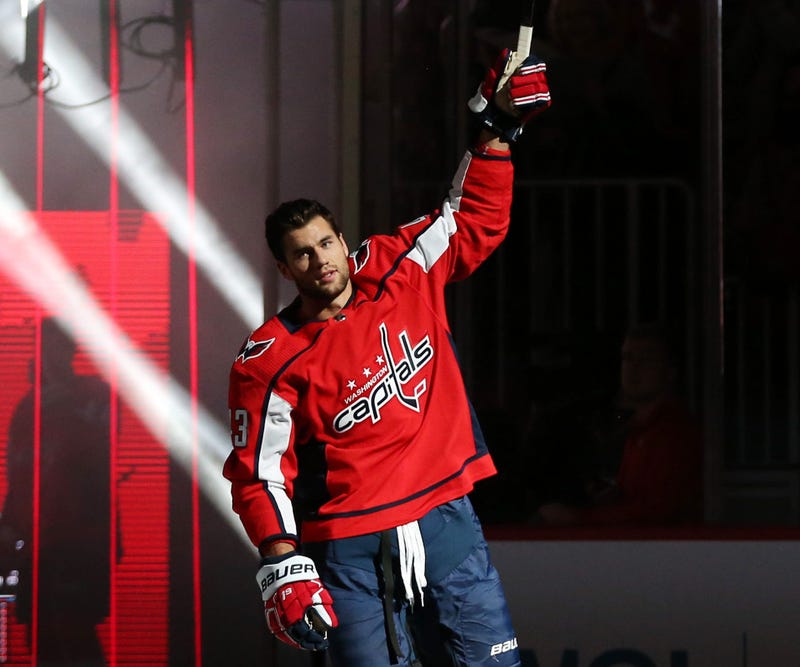 The NHL suspended Capitals forward Tom Wilson 20 games on Wednesday for a hit on the Blues' Oskar Sundqvist in a preseason game Sunday, a heavier punishment than many expected.
The league noted in its video explanation of the ruling, "Including preseason and postseason games played, this is Wilson's fourth suspension in his last 105 games, an unprecedented frequency of suspensions in the history of the Department of Player Safety."

The Junkies reacted to the news Thursday, arguing Wilson's track record of suspensions and hard hits influenced the amounts of games he got just as much as the hit on Sundqvist itself.

Cakes: I understand it being double-digits, ten, maybe a dozen games, but twenty seems a bit excessive.
JP: Quarter of the season.
Cakes: And I know I'm a tad bit biased when it comes to Tom Wilson.
Bish: Look, it's the league sending a message to Tom Wilson.
Cakes: Yep, and a lot of it's on him. He has to change the way he plays, because he's clearly a marked man.
Bish: The question is, will he change? Will he do this again?
Cakes: I don't know.
JP: It's in his DNA, it's hard.
Cakes: I don't know if he can.
Bish: And does it change him as a player? Do you want him to change?
Cakes: I don't personally want him to change, but if he's gonna wind up serving quarter of the season long suspensions, he has to alter the way he plays somewhat.
EB: The next one will probably be 50 games.
Cakes: Right, it'll be more punitive.
EB: It's either change, or start digging ditches.
Bish: Right.
EB: I mean, he'll have to find another job.

"I truly don't believe he (Wilson) tried to hit him (Sundqvist) in the head. I think he went in with his shoulder and just knocked the crap out of him, but he did kind of blindside him, and they're trying to take away, essentially, killshots," EB added.

"And their strongest argument is the sheer number of suspensions in the short amount of time. That's what's killing him, the track record."

But asking Wilson to change his style of play is much easier said than done, as Caps beat reporter Isabelle Khurshudyan explained later in the show.

"I understand why there's maybe this internal conflict for him, why it hasn't clicked through the first three suspensions," Khurshudyan told The Junkies. "I just don't know, what does a middle ground looks like? There's barely any players like him in the league who play that hard, who really make opponents scared when they get on the ice."

"But for him to play like that without crossing the line and having these hits that immediately turn into GIFs on social media and get the (Department of) Player Safety's attention, all of that, I don't know how you balance that."